Lenny Jacobson is married to Jessica Harmon, a Canadian actress, and director. His partner rose to fame for portraying Esrin in the Syfy science fiction web series Battlestar Galactica. The couple has not talked anything about children publicly. 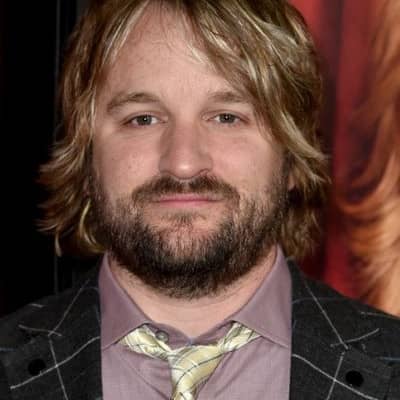 Who is Lenny Jacobson?

Lenny Jacobson is a famous actor who is trending for signing up for the role of Evan in The Peacemaker.

Lenny was born on June 11, 1974, in Holyoke, Massachusetts, United States. His zodiac is Gemini. He belongs to Irish descent from the maternal side.

He also has Jeffrey Guard as step-brother and Heather Hammer as his step-sister. In addition, detailed information about his parent’s professional background is not readily available on the internet.

Lenny did his early schooling at Blessed Sacrament School and Holyoke Catholic High School. Later, he went on to Roger Williams University in Bristol, RI. There only he got more inclined towards athletics and joined as a member of the men’s basketball team.

He stands 6 feet tall while he has an average body weight. He has black eyes and brown hair. Moreover, his looks with long hair and beard are loved by the audience.

Until his late twenties, he wanted to excel in the field of athletics. Then, he changed his mind and moved to Los Angeles in 2001 to pursue a career in acting.

But it was not that easy, he had his struggling days where he spent several years waiting tables, selling furniture, and working in a deli.

Fortunately, he got his start booking various commercials, including Budweiser and Castrol which led to more work in advertisements for Castrol, TruGreen, Walmart, and others.

His major career outbreak was the American comedy-drama series Nurse Jackie where he had recurring roles which led him to Award nomination in 2009.

Jacobson also worked on series like NCIS, Southland (TV series), Law & Order: LA, and Rizzoli & Isles. Afterward, he was seen on the lead roles in Comedy Central’s Big Time in Hollywood, FL (2015) and The CW’s Frequency,(2016).

He has also worked alongside Jessica Alba and Thomas Jane in The Veil in the year 2019. Recently, he is featured in the HBO Max series Peacemaker.

He has a good fortune of around  $3 Million to $ 5 Million. His dedication, devotion, and excellence in his acting career, and the love he received from his fans have made this possible. The detailed information about how much money he charges per episode is not available.

For now, Lenny tended to hold himself away from rumors, be it personal or professional controversies.