Updated On December 18, 2022 | Published By: Rounak Kumar
Share this
Divorce 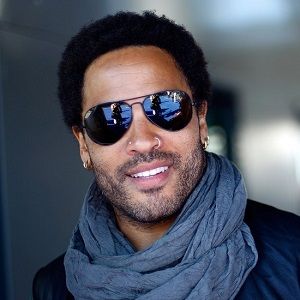 I want to do interiors, furniture. I want to do architecture, although I'm not an architect. Nor am I a trained interior designer

[on why he likes acting] It's not all about me. When I make music , it is all about me - I write it, I record it, I produce it. I'm involved in engineering and mixing. It's a big me-fest. That's fine, that's how it works, but it's nice to walk away from yourself and serve a director's vision and a character - and it has nothing to do with you.

What is the relationship of Lenny Kravitz?

Lenny Kravitz has been in multiple relationships until now. He dated Isis Aruda, who is a Brazilian artist in 2004.

In 2002, Adriana and Lenny even got engaged. But the very next year after the engagement, they separated.

Other than that, Lenny Kravitz dated Kate Moss and Natalie Imbruglia in 1999 and 1998 respectively.

Who is Lenny Kravitz?

New York-born Lenny Kravitz is a singer/songwriter. Additionally, he is also an actor and a record producer. He holds American citizenship.

Notably, he is famous for winning a Grammy Award for Best Male Rock Vocal Performance from 1999 to 2002.

Moreover, he also plays guitar, harmonica, drums, keyboard, piano, and percussion. Some of Lenny Kravitz’s hit songs are “Fly Away,” “American Woman,” “Are You Gonna Go My Way,” and others.

Lenny Kravitz was born in New York City in New York, U.S. He was born on May 26, 1964, as Leonard Albert Kravitz. The name of his mother is Roxie Roker.

And his father’s name is Sy Kravitz. While Roxie was an actress, Sy was a retired TV producer for NBC. Both of his parents have passed away.

Lenny Kravitz’s ethnic background is of Afro-Bahamian and African-American. During his childhood, Lenny Kravitz grew up in Brooklyn and Manhattan with his grandparents and parents. Since his early life, he liked performing.

For his education, he went to P.S. 6 School. Later, he attended Beverly Hills High School.

He attended high school with celebrities like Nicholas Cage, guitarist Slash, and others.

In 2001, he released a self-titled album. Lenny Kravitz is all set to release a new album, “Raise Vibration” in 2018.  Some of his other albums like Baptism, Strut, 5, and Black and White America.

Mostly, his songs cover vibes of rock, blues, soul, reggae, funk, and R&B genres. For his performance, he has won several awards including Grammy, MTV award, AMA, and others.

Furthermore, as an actor, he usually plays a cameo or supporting role. Lenny Kravitz did a voice-over in the film, “The Rugrats Movie” in 1998.

Afterward, he appeared in several other TV shows. Then, Lenny acted in “Precious” as Nurse John, which earned him critical appraise and nominations for several awards. Some of his other acting projects are “The Hunger Games,” “The Butler,” “Star,” and others.

Additionally, Lenny Kravitz is also into designing. He is the founder of Kravitz Design Inc. It provides services like commercial, residential, and product creative direction and design.

Lenny has accumulated an impressive amount of wealth from his multiple career as an comedian, writer, and actor. Presently, his net worth is around $1.5 million.

His salary is not known.

Lenny Kravitz was part of the controversy in Sweden. More specifically, it was during a concert when his pant tore down disclosing his private part.

Otherwise, he keeps his image clean. Consequently, as of now, he is not part of any rumors or controversies.

Lenny Kravitz has a rectangular body shape. As per his height, he is around 5 feet 9 inches tall.

While he has black hair, his eyes are of dark brown color. Additionally, he weighs around 72.6 kg and his shoe size is 9.

Lenny Kravitz has a huge social media following. On Twitter, he has more than 4.8 million followers.

Does Zoe Kravitz Regret Will Smith Slap Comment? Find Out!