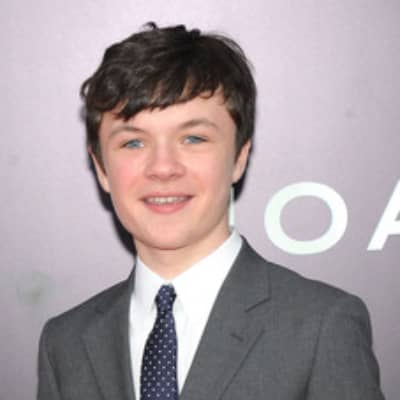 At present, the talented actor, Leo McHugh Carroll is single and is not dating anyone. Moreover, it is very hard to find his relationship details on the internet.

It seems he prefers to keep his details low-key.

Who is Leo McHugh Carroll?

Leo McHugh Carroll is one of the well-renowned American film actors. Carroll is popular for his acting in movies.

Leo McHugh Carroll was born on 5 May 2000. As of now, his age is 20 years old. Likewise, his birthplace is Chicago, Illinois, the USA. Presently, Leo lives across the lake from the city on the Southwest shore of Michigan.

Talking about his nationality, Carroll holds an American identity whereas his ethnicity is Caucasian. He was born to his father, Pete Carroll, and his mother, Vicki McHugh. After the separation of his parents, Leo was raised and cared for by his mother.

Moreover, he has three elder brothers and a twin brother, Lucas McHugh Carroll. His twin brother is also an actor who has featured in the movie such as Noah(2014), Fred Claus (2007), and so on.

He was fascinated by acting from preschool when he joined the cast of The Music Man with his siblings. Similarly, Leo pursued to enjoy acting all around his elementary school years.

Regarding education, McHugh studied at Montessori Elementary School that was run by his mother. He is an outstanding student who prefers basketball, sailing, snow and water skiing, tennis, running, and swimming.

Leo debuted in the year 2007 and faced the camera in The Satna Claus Brothers at the side of Vince Vaughn. However, the scenes featuring Carroll went to the editing table.

Additionally, he was featured in the Paramount production of Noah(2014) in the character of Japheth by Darren Aronofsky in the year 2012. Japhet was the youngest son of the patriarch Noah.

Carroll earned glowing reviews as Romeo in the Night Blue Theater production of Romeo and Juliet.

The young artist has played few movies in the film industry. However, Leo has gained good support as well as fame in his short career till now.

It is believed that he has an estimated net worth of $900 thousand.

He has never been part of any rumors or controversies till now.

He has maintained a balance between his personal and professional life.

The handsome juvenile actor has got dashing looks and an athletic body appearance. Leo has black hair as well as admirable blue eyes.

However, he has never disclosed his height, weight, as well as other details in the public.

It seems he is busy enjoying his personal life and does not want to become part of any social network.