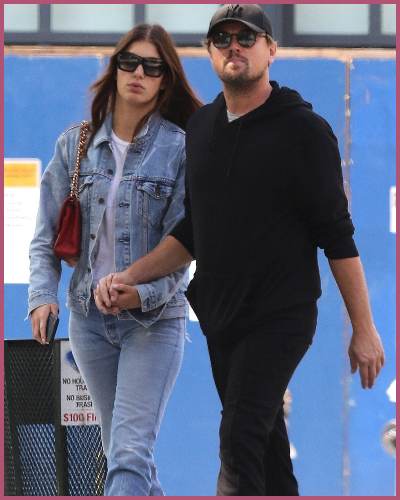 The Titanic star is no longer a romantic couple with his model girlfriend Camila Morrone. The two have reportedly called it quits after nearly four years of dating.

Numerous outlets confirmed the duo has called it quits though the reason behind their split remains unknown. However, the two haven’t yet commented on their break-up news.

As we all know Leo and Camila managed to keep their romance extremely private but the news of their break-up sparked when they stop hanging out together.

The Don’t Look Up star and fashion model Camila was last spotted together over the fourth of July weekend. They were photographed together at the time walking along the beach with the model’s dogs in Malibu, California.

Also read “Leonardo DiCaprio has moved in with girlfriend Camila Morrone! How is his domestic life going?“

The two also caught up together about two months earlier on a beach in Malibu where DiCaprio was seen comforting Morrone.

According to various outlets, Morrone was seen making a furrowed facial expression while chattering to DiCaprio. The “Wolf of Wall Street” star, on the other hand, appeared to listen intently and kept his gaze towards the ground.

Similarly, the 47-years-old actor planned a solo vacation in Europe over the summer.

How long have been Leonard Dicaprio and Camila Morrone together?

Leonardo Dicaprio is an Oscar-winning versatile actor. He is an actor/producer and an environmentalist. Additionally, he is the founder of the Leonardo DiCaprio Foundation.

Presently, he is notably famous for films like “Titanic,” “The Wolf of Wall Street,” “Blood Diamond,” “The Aviator,” and others. His nicknames are ‘Leo’ and ‘Lenny D.’ He won Oscar for his role In “The Revenant” in 2016. See more…