Who is Leondre Devries dating?

Other than this, there is no information regarding his current plans for relationships, marriage, hookups, or children. 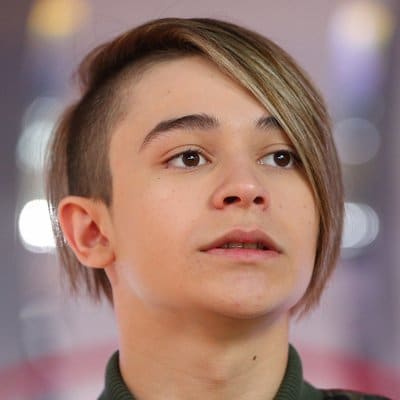 Who is Leondre Devries?

Leondre Devries is a Welsh rapper from the band Bars and Melody who has finished third place in Britain’s Got Talent with partner Charlie Lenehan in 2014.

Devries and his duo competed on America’s Got Talent in 2020 and is a presenter on the British TV series Friday Download. The Bars and Melody duo had met on Facebook in September 2013 and 5 months later were seen as a pair.

Leondre Devries was born on October 6, 2000, in Port Talbot, Wales under the birth sign Libra. The 21-year-old rapper belongs to the Welsh ethnicity and nationality.

His siblings, sister Matilda Devries and brother Joseph Devries also pursued musical careers as a singer. The other two brothers are Jacob and Ben Lee.

Devries even mentioned in a QnA session that he takes advice from his sister or else he will be composing rough music only. Growing up with siblings with similar aspirations is fun though.

Regarding education, he has attended Glan Afan Comprehensive School and shared experiences of being bullied four years before switching schools. He might have attended the University of United States.

To begin with Leondre’s career, he first used to perform single until he found his partner Lenehan aka his melody.

The next thing that happened right after finding his perfect fit, as they gave back-to-back hit singles, albums and even ranked themselves in Britain’s Got Talent.

The new band single Bali is yet to release while he has released singles like Keep Smiling, Stay Strong, I Won’t Let You Go, Love to See Me Fail, Waiting for the Sun, Lighthouse, and Teenage Romance. They have extended plays like Hopeful and Teen Spirit.

The bandmate met over Facebook in September of 2013 and they auditioned together for BGT only 5 months later. Bars and Melody released their single Hopeful in July 2014, four months after their official partnership.

A month back they had signed with Simon Cowell‘s label Syco in June of 2014.

The estimated net worth of rapper Leondre Devries is $2 million which he mustered from his musical career.

However, his salary per performance, earnings via albums, luxuries, cars, and lifestyle is under update.

There was controversy relating to Leondre’s father, who wrote Hopeful song and threatened to file a lawsuit among the Bars and Melody group as the management is overpowering and moving away from the antibullying theme. Other than this, no other rumors and controversies are noted.

He weighs around 70 kg however his weight, chest-waist-hip size, bicep, dress, and shoe size are under review.

Leondre Devries is available on Twitter with the username @eondredevries_ with 40.9k followers.