Lesley Ann Warren is an actress and singer who was in 'Victor/Victoria', 'Harold Robbins' 79 Park Avenue, and others. 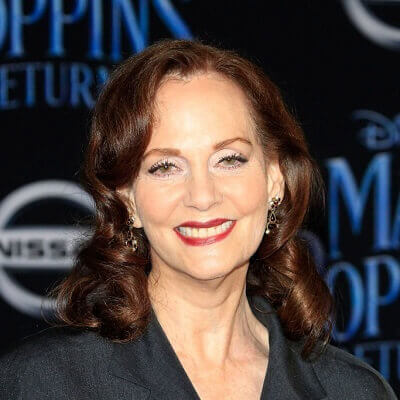 I have come far, but not far enough. It is still a man's world

Good work is good work wherever it is

Your best is good enough. The only one you have to please is yourself

Trust your own instincts, go inside, follow your heart. Right from the start. Go ahead and stand up for what you believe in. As I've learned, that's the path to happiness

When I was a young girl, I had really long hair and I went to Jon Peters for the first time. He cut my hair within an inch of its life. I was traumatized!

Lesley Warren is currently married. She is married to Ronald Taft. He is an advertising executive. Moreover, he is also an actor and assistant director best-known for his works in ‘Future Force’, ‘The Incredible Hulk’, and ‘Crime Killer’.

The couple exchanged wedding vows on January 16, 2000. The couple has now been married for more than  20 years. They don’t have any children from their marriage. Warren revealed that they met in a hair salon.

Previously, she was married to producer, Jon Peters. The couple exchanged wedding vows on 13 May 1967. From their marriage, the couple has a son named Christopher Peters who was born in 1968. He is now an actor and producer. The couple divorced in 1974.

The actress has been in relationships with Val Kilmer, Robert Blake, and Scott Baio.

Who is Lesley Ann Warren?

Lesley Ann Warren is a Golden Globe award-winning actress and singer. She is also an Academy Award nominee. She is well-known for her work in ‘Victor/Victoria’, ‘Harold Robbins’ 79 Park Avenue, among others.

Lesley Ann Warren was born in New York City, on August 16, 1946. As of 2021, her age is 75. She was born to parents, William Warren and Margot Verblow Warren. Her mother was a singer whereas her father was a real estate agent. Her father’s original surname actually was “Warrenoff”. Warren has been interested in acting from her early days and had the aim of being an actress in the future. She has a brother named Richard Lewis Warren.

She spent her childhood days in New York City with her family. Her ethnicity is Russian-Jewish.

Talking about her education, she went to the Professional Children’s School at the age of 6. At the age of 13, she attended The High School of Music & Art.

Moreover, she went to the School of American Ballet and later to the Actors Studio. Aged 17, she was the youngest applicant ever to be accepted by the prestigious acting school.

Warren came to attention in 1965 with the television performance of Rodgers and Hammerstein’s critically acclaimed musical, ‘Cinderella‘.

She then appeared in various movies. Some of her best-known works came in the movies, ‘Victor/Victoria‘, ‘Burglar’, ‘Clue’, ‘Cop’, and ‘Secretary’.

Moreover, she also had roles in popular TV shows including ‘Desperate Housewives, ‘Will & Grace’, ‘Mission: Impossible, and ‘In Plain Sight’. Lesley is also known for her work for Disney. She portrayed Alice Bower in ‘The One and Only, Genuine, Original Family Band’, Cordy in ‘The Happiest Millionaire’, and Sondra in ‘Color of Night’.

Ann also portrayed the role of Mary Shannon’s mother in the TV series, ‘In Plain Sight’. Moreover, she also made an appearance in season 3 of ‘Daredevil’ in 2018.

In 1997, she won the Golden Globe Award for her performance in the miniseries, ‘Harold Robbins’ 79 Park Avenue.

Moreover, in 1982, she earned a nomination for the Academy Award for her performance in Victor/Victoria.

Lesley Ann Warren has an estimated net worth of around $12 million. She has made good money from her career as an actress and singer.

Leslie has not been a part of any controversies in her long career as an actress and singer. She has never made the headlines for anything negative. She is one of the most respected actresses in Hollywood. Her works are looked upon by many young actors and she inspires them. Similarly, there are no rumors about her.

She has brown hair and brown eyes.

You may also like to read the Bio, Career, Body Measurements, Net Worth, Relationships, Social Media, and more about Val Kilmer, Tony Khan, and Scott Baio