Emmy Award winner Lesley Stahl is married and a mother of one.

Lesley Stahl is a married woman. She has married two men in her lifetime.

Her first marriage was to Jeffrey Gordon in 1964. However, the pair divorced in 1967.

A decade later, she again married on February 17, 1977, with Aaron Latham. The couple has a daughter together named Taylor.

Her daughter is now married and now Lesley is a grandmother to two children. 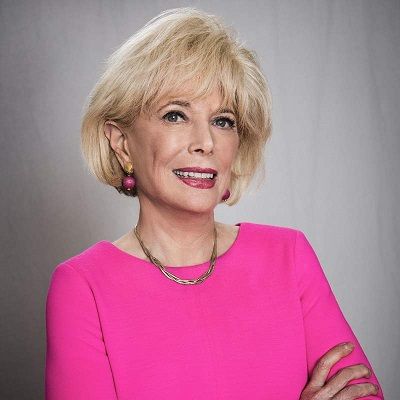 I don't know of anybody's political bias at CBS News. We try very hard to get any opinion that we have out of our stories, and most of our stories are balanced

Everybody knows if it's on the Internet, some brilliant hacker can get at it

Life insurance companies are failing to pay out death benefits when they know the person is dead, and they're claiming they don't know

It is actually against the law for a citizen to give money to a terrorist.

Who is Lesley Stahl?

Lesley Stahl is an award-winning American TV journalist, writer, and correspondent. She has spent most of her career on CBS News and reported for CBS for 60 minutes.

She has been affiliated with the network since 1972. Moreover, she has reported for CBS’ 60 Minutes since the year 1991.

She was born as the daughter of her mother, Dorothy J. (née Tishler), and her father, Louis E.

Stahl was a food company executive. Moreover, she has one brother named Jeffrey Stahl. Lesley is of Jewish ethnicity and her nationality is American.

Stahl attended Wheaton College, Massachusetts. She graduated in the year 1963 from there with an honors graduate, majoring in history.

Lesley started her long journalism career as a producer and on-air reporter for Boston’s original Channel 5, WHDH-TV. Later, in the year 1972, she decided to join CBS News and eventually became a correspondent in the year 1974.

Her fame skyrocketed after she covered the Watergate event. This event was about some burglars whom no other reporters were able to recognize. However, Stahl recognized and she was even able to get pictures of the burglars.

Moreover, Lesley was the correspondent of the White House during the presidential period of American presidents Jimmy Carter, Ronald Reagan, and George H. W. Bush.

Moreover, she also worked for the TV program titled Face the Nation from 1983 to 1991 as a moderator. Furthermore, she also hosted the TV show 48 Hours Investigates for two years from 2002 to 2004.

Lesley also appeared in the NBC series called Frasier in 2014. Moreover, she has also done a documentary about climate change titled Years of Living Dangerously in 2014.

Furthermore, she has also published two books. Moreover, recently, she interviewed the 45th president of the United States Donald Trump, and his family in her show 60 Minutes.

In 2004, she won the Gerald Loeb Award for Television Long Form business journalism for her work in ‘The Jobless Recovery’. Moreover, she has won the Emmy Award for Outstanding Investigative Journalism in a News Magazine in 2016.

Also, in 2014, she won the Emmy for Best Report in a News Magazine. She has won 10 Emmy Awards and a further 29 nominations.

The American television journalist has an estimated net worth of around $40 million in 2022.

Similarly, she receives an annual salary of around $ 1.8 million from news reporting with CBS. Her source of income is journalism.

During an interview, Nicolas Sarkozy who was the President of France walked away from the interview after Lesley asked him about his relationship with his soon-to-be separated wife, Cecilia.

Lesley has a height of around 5 feet 6 inches. Additionally, she weighs around 60 kg.

Furthermore, she has blonde hair and blue eyes.

You may also like to read about the bio, career, and net worth of Anne Thompson, Maria Stephanos, Matthew Continetti