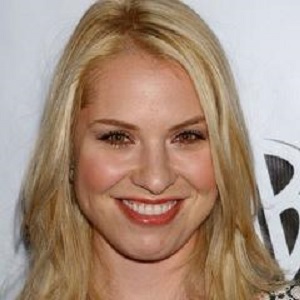 “When you're feeling your worst, that's when you get to know yourself the best.”

Leslie Grossman has been married to John Bronson since May 2000. The couple has adopted a daughter. But her name has not been revealed yet. The couple is living together and happily.

Who is Leslie Grossman?

Leslie is an American actress and she is famous for her role as Mary Cherry on The EB comedy-drama series ‘Popular’ from 1999 to 2001. She is also being recognized as Meadow Wilton, Patricia Krenwinkel, and Coco St. Pierre Vanderbilt on the seventh and eighth season of the FX anthology series ‘American Story’ from 2017 to 2018.

She was born on October 25, 1971, in Los Angeles, California, USA. Her birth name is Leslie Erin Grossman and she is currently 47 years old. She was a cast member on Kids Incorporated as a youth. Her father’s name is Marshall but her mother’s name is not available. Leslie holds American citizenship but her ethnicity is unknown. She loves to go shopping and listen to music. Her inspiration is David Letterman.

She joined Crossroads School for Arts and Sciences and directed plays. She debuted her acting career in her senior year at Sarah Lawrence College.

She debuted her acting from the movie ‘The Opposite of Sex’ where she played as a girl student in 1998. Later, she played as Pam in ‘Miss Congeniality 2: Armed and Fabolous’ in 2005, as Maude in ‘Itty Bitty Titty Committee’ in 2007, and as Hooker in ‘Spring Breakdown’ in 2009.

Her first television role was as Amy in the series ‘Guys Like Us’ in 1998.

She was cast in a supporting character Mary Cheery in The EB high school drama series ‘Popular’ in 1999. Before her role of Mary in ‘Popular’, she had auditioned for the roles of Sam McPherson and Nicole Julian.

Later, she collaborated with The WB comedy ‘What I Like About You’ in its second season, where she portrayed the role of Val’s co-worker and best friend, Lauren from 2003 to 2006.

She has not been engaged in any rumors and controversies in her private and professional career.

She has not been engaged in any rumors and controversies in her professional career.