Updated On January 26, 2023 | Published By: Daniel Miranda
Share this
In Relation 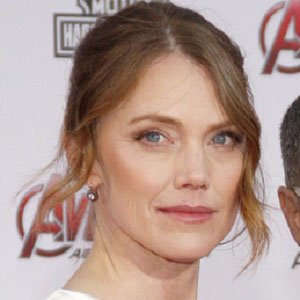 What is the relationship of Leslie Stefanson?

Leslie Stefanson is in a long-term relationship with her boyfriend James Spader. He is an actor. They are dating each other since 2002.

She gave birth to her first child, a son Nathaneal Spader on August 31, 2008.

Who is Leslie Stefanson?

Leslie Stefanson is a former American model and actress. She is best known for playing the title role as Captain Elisabeth Campbell in the film The General’s Daughter.

What are the birth facts of Leslie Stefanson?

Leslie Stefanson was born on May 10, 1971, in Fargo, North Dakota, USA. She is American by nationality and is of North American ethnicity.

She attended Barnard College and graduated with a degree in English Literature in 1993.

She had a small role as Cafe 24 Waitress in As Good as It Gets (1997). In 1998, she appeared in movies like Delivered, An Alan Smithee Film: Burn Hollywood Burn, and Break Up. She played Capt. Elisabeth Campbell in the 1999 movie The General’s Daughter.

Her last role was Nyla Olson in the 2003 film Alien Hunter (2003). She retired as an actress in the year 2003. She now makes bronze and terracotta sculptures in Los Angeles and New York City.

There is no information about her salary and net worth as of 2023.

There is no rumor of her love affairs at the present time. Leslie has been a very straight person in her personal life and professional career. She has not been in any controversy in her entire life.

What are the body measurements of Leslie Stefanson?

Leslie Stefanson has a height of 5 feet 11 inches. Her body weighs 53kg. She has blonde hair and blue eyes. Besides these, there are no details regarding her body measurements.