LeToya Luckett is a singer-songwriter, she was one of the members of the band Destiny's child. LeToya has two kids. 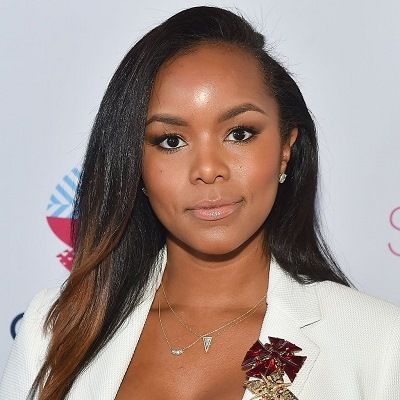 Never ignore your intuition about friendships and people's intentions towards you.

As far as my personality, my friends and family know I'm crazy! I love to have fun

I'm bubbly. People say I'm funny but I don't know that I'm funny: I don't try to be funny and tell jokes and stuff like that, but I always got something slick to say.

I still do believe in carrying yourself a certain way, and I do my best to be somewhat of a role model. I'm not a perfect person. I'm a human being. I'm not the Lord, but I do accept that responsibility, and that's why I do try to carry myself with confidence, with poise, with grace, and with class.

LeToya Luckett dated rapper Slim Thug from 2000 till they decided to break up in 2002.

LeToya started dating basketball player DeShawn Stevenson in 2003. The couple dated for nearly 4 years before breaking up in 2007.

Then, LeToya had an affair with an NBA player Kevin Durant, they were spotted several times along with LeToya at basketball games and dinners in 2011 and 2012. However, the two refused to comment on the status of their relationship. LeToya later revealed that she was involved with another man and not Kevin.

Similarly, she dated Producer Joseph Macklin in 2012. The two kept their relationship under wraps for nearly 2 years. She received a lot of flak for choosing to remain private about her dating life. However, she said that before revealing details, the couple wanted to build a strong foundation.

She dated Rob Hillman in 2015. They secretly got married in January 2016. However, they split within 2 months of their union. LeToya revealed that the two were not compatible and hence decided to break up.

LeToya met businessman Tommicus Walker at a friend’s wedding and they began dating in 2017. LeToya announced her secret engagement on her Instagram in August 2017.

The two took a walk down the aisle in an extravagant ceremony that took place at Villa Antonia in Austin, Texas on December 10, 2017.

Then in Jan 2019, this couple is blessed with two children, a daughter named Gianna “Gigi” Iman Walker. Their second son Tyson Wolf Walker was born in September 2020.

Update: In January 2021, LeToya and Tommicus revealed that they have decided to split. They announced the divorce after three years of their marriage.

Who is LeToya Luckett?

LeToya Luckett is an American singer-songwriter and actress. Likely, she is known as a member of the R&B girl-group Destiny’s Child, with which she won two Grammy Awards and released many successful commercial recordings.

LeToya Luckett was born in Houston, Texas, the United States on March 11, 1981. Her birth name is  LeToya Nicole Luckett. Her father’s name is unknown who was also a singer and her mother’s name is Pamela Luckett.

She has a sibling, but the name is unknown. LeToya holds American citizenship and mixed (African-American) ethnicity. Her birth sign is Pisces.

Talking about LeToya’s education history, there is no information about her educational achievements.

Talking about her profession, LeToya Luckett was engaged in the singing from her childhood days. She was in the same class as the world-famous R&B singer Beyonce. After joining the group Destiny’s Child in 1993, Luckett and other band members including Beyonce, LaTavia Roberson, Kelly Rowland performed in several programs. The band then signed a contract with a record label Columbia Records in 1997.

In the year 1998, the group released their debut self-titled album Destiny’s Child. The album consisted of singles like No, No, No, Part II, and With Me. Luckett had major roles in the second album than the first one. The album includes popular singles like Bills, Bills, Bills, Bug a Boo, Say My Name, Jumpin’ Jumpin, and others.

As a result of the assert, Luckett, and Roberson were replaced by the new members Michelle Williams and Farrah Franklin in the video of the song Say My Name in 2002. Despite the great work, the group couldn’t do well as their production company 581 Entertainment collapsed.

Then the Angel singers went on pursuing their solo career. Then, the singer worked with a production company Noontime. The album consisted of popular singles like You Got What I Need, All Eyes on Me, Obvious, and others. LeToya peaked at number one in the U.S Billboard 200 and in Top R&B Hip-Hop Albus chart. The successful album had been certified platinum status.

Likewise, she did another YouTube series Life, Love & Music in 2012. The singer frequently appears on the screen through some movies and series. Besides her prosperous musical career, Luckett is a successful businesswoman. During 2008, she opened another store of the boutique in The Galleria, Houston. As a celebrity, Luckett has endorsed several brands like Luster’s Hair Care and many others.

She won two Grammy Awards for Best R&B Performance by a Duo or Group With Vocals and Best R&B Song. Similarly, she was honored with several awards like Teen Choice Awards, Soul Train Music Awards, and others.

There was a rumor that LeToya dated Baseball player Matt Kemp in 2006. However, she went on to clarify that they were nothing more than friends.