People mostly recognize him for his roles in movies including ‘Pacific Rim: Uprising’, ‘Legends of Tomorrow’, ‘iZombie’, and ‘The Killing’. 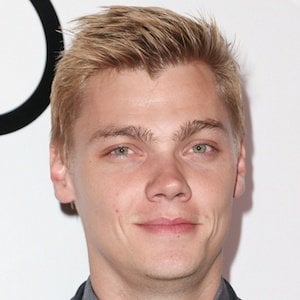 Levi Meaden is currently in a relationship with actress Ariel Winter. People mostly recognize Winter for her role as Alex Dunphy in the comedy series ‘Modern Family’. The pair has been dating since 2016. Neither of them has spoken regarding the future of this relationship.

Who is Levi Meaden?

Levi Meaden is a Canadian actor. People mostly recognize him for his roles in movies including ‘Pacific Rim: Uprising’, ‘Legends of Tomorrow’, ‘iZombie’, and ‘The Killing’.

Meaden was born in Saskatoon, Canada on September 13, 1987. He has a brother named Colton. Throughout most of his childhood, he grew up in Calgary, Alberta. Additionally, he became interested in the world of acting and show business at an early age. He is of Canadian nationality. Furthermore, he belongs to a mixed ethnic background of English and Scottish.

Talking about his education, Meaden studied writing and directing at the Prague Center for Film Education in the Czech Republic.

Meaden initially began acting at the age of 12. He performed in several local theatre productions. His first major role came in 2009 after he appeared in ‘Brotherly Love’ as Raoul. In addition, in 2012, he appeared in ‘1313: Bigfoot Island’ as Brett, ‘The Secret Circle’ as a teenager, and ‘Home for Supper’. In 2013, he also portrayed the role of Marshall McCarty in the TV series ‘Almost Human’. Since then, he has appeared in numerous other movies and television series. All in all, he has over 20 credits as an actor.

Meaden garnered the nomination for a Leo Award in 2015 for his performance in ‘The Killing’. He won the award in the category of Best Supporting Performance by a Male in a Dramatic Series.

Meaden has not revealed his current salary. However, he has an estimated net worth of around $ 3 million at present.

Meaden’s relationship with Ariel Winter has been criticized by many due to the significant age difference. There was a rumor going on recently which suggested that he might have proposed to Winter. This later turned out to be fake.

Talking about his body measurement, Meaden has a height of 5 feet 11 inches (1.8 m). Additionally, his hair color is blonde and eye color is green.

Ariel Winter moved to live with Boyfriend Levi Meaden; Is this couple taking their relationship to the next level, Find out here