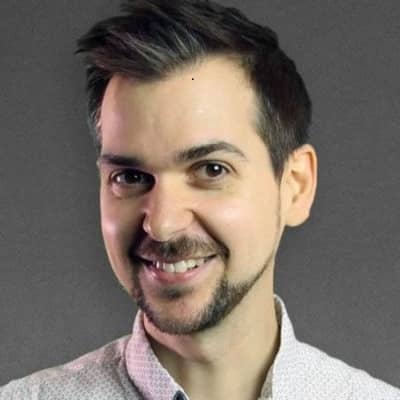 I'm not giving you Tech Support in the middle of a TF2 match!

Or maybe, They can just take their bins with them to work and CHUCK IT OUT THE FUCKING WINDOW

No, there is definitely lots of danger and stuff. It's not going to be very easy, that's why I'm offering a good reward, you fool. It's gonna be really TOUGH! You're gonna have to kill lots of SHIT!

During Jingle Jam Livestreams 2018, it was hinted that Lewis Brindley was in a relationship. But no other details were given.

He might be secretive about his love life or maybe single. Meanwhile, we can say that his relationship status is unknown and he is single.

He has dated YouTuber, Hannah Rutherford in the year 2013. However, he and his girlfriend broke up in 2015.

Who is Lewis Brindley?

Lewis Brindley is one of the popular YouTuber who has gained large internet followers from his Minecraft-themed videos.

Furthermore, he is also the co-founder of The Yogscast, a media production company and video game publisher based in Bristol.

Lewis was born on October 22, 1983, in Warrington, England. His father’s name is Alan Brindley. But there are no details about his mother. He also has a younger brother named Ralph Brindley.

Lewis used to camp a lot in his childhood. He completed the Duke of Edinburgh’s Award gold level furthermore, he was in the Army Cadets and the Scouts.

The star belongs to British nationality and is of Caucasian ethnicity.

In 2000 Lewis was just 16 yrs old when he entered The Daily Telegraph Young Science Writer Awards with his article “Breathe Slowly and Keep Asthma at Bay”. The article content was about asthma and improvement through the Buteyko method.

Lewis along with his fellow mate Simon Lane created their YouTube channel ‘YOGSCAST Lewis & Simon’ in 2008. They post different Minecraft adventure maps and mini-games, Garry’s Mod, the occasional indie game, and many collaborations in this channel.

After some time, they founded the podcast ‘YoGPoD’. Talking about their most popular Minecraft series, they are; YogLabs, Jaffa Factory, JaffaQuest, Hole Diggers, Deep Space Mine, Lucky Block Challenge, and Shadow of Israphel. And Lewis gained popularity after sharing ‘World of Warcraft’ boss guides.

And as of now, ‘Yogscast’ has been emerged as one of the largest YouTube channels in the UK with over 7 million subscribers and billions of views.

His net worth is around $3 million. From his YouTube channel, he earns around $2,250 per video. Moreover, he also earns from his own merch.

Since 2011, The Yogscast has established different live streams every year benefiting the charity. Likely they collected a cumulative total of $17.6 million for their donation as of April 2020.

To date, he has not been in any sort of rumors. Moreover, he has also not linked with any scandals also.

Furthermore, Lewis has a YouTube channel with 7.19M subscribers named YOGSCAST Lewis & Simon. His other youtube channel was formed with his friends named Team Double Dragon with 273K subscribers.

Likely, his other youtube channel is Today I Played where Lewis must play a new game every day and tell us about the game!

You may also read the bio of PaintingRainbows, FGTeeV Duddy, Graser, and Mejiwoo.