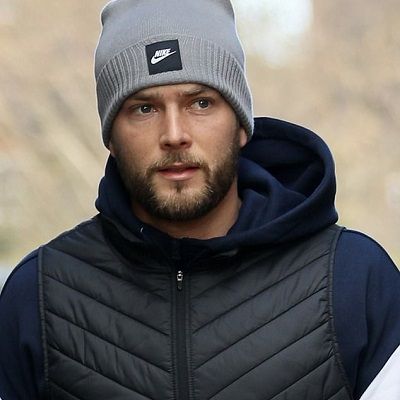 Lewis Burton was currently dating Caroline Flack. Their relationship ended with the death of Caroline. She committed suicide and was buried in March 2020.

Caroline has been arrested for an assault charge. They got into a fight at her London home which led to her arrest and charged her with assaulting him.

After that, Lewis was spotted back in his family’s hometown in Kent.

Who is Lewis Burton?

Lewis Burton is an English professional tennis player known for competing in both the singles and double matches.

He is the boyfriend of English radio and TV presenter Caroline Louise Flack.

Lewis started playing tennis at the age of seven. He reached a career-high ranking of 172 on the Juniors circuit that achieved in July 2010.

Lewis along with George Morgan and reached the final of the boy’s doubles at Wimbledon in 2010. They lost the final 6-7, 4-6 to the fellow British pairing of Liam Broady and Tom Farquharson.

In the next year, Morgan won the boys’ double title with Mate Pavic with Burton being too old to compete.

Similarly in the year 2012, they were given a wildcard into qualifying for the men’s doubles at Wimbleton. They were qualified for the main draw and lost to Steve Darcis and Oliver Rochus.

He is a model and has earned representation from Select Model Management.

His girlfriend Caroline has an estimated net worth of $8 million US. He has a house in Sidcup, Kent.

Recently, Lweis’s girlfriend passed away. This news has grabbed lots of attraction in the media as she has written a touching message for him on her suicide note.

Lewis Burton has brown hair and blue eyes. He has a height of 6 feet 4 inches tall and weighs around 85 kg.