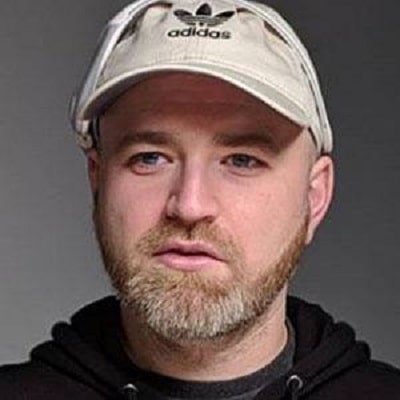 Lewis Hilsenteger is a married person. But he has kept his wife’s name secret. Also, there is no information when they tied their knot. The pair have welcomed a son who he had featured in his YouTube video.

Who is Lewis Hilsenteger?

Lewis Hilsenteger is a Canadian YouTuber and tech reviewer who is best known for his YouTube channel Unbox Therapy. Also, he has managed to amass a considerable YouTube following over the years.

He was born on May 5, 1984, in Canada. He has not disclosed much information about his parents, childhood, and siblings.

Lewis holds Canadian citizenship but his ethnicity is unknown.

He joined the Toronto School of Art where he studied digital arts, video editing, and photography.

During the initial year of his career, he used to work at a repair store in Toronto called iUpgrade. In order to help the customers on various computer issues, he made and uploaded some tutorials to YouTube. He was encouraged to open a professional YouTube channel after he got a positive response from the viewers.

Lewis Hilsenteger opened a YouTube channel “UnboxTherapy” in December 2010 and his channel is heaven for tech lovers.

In his YouTube videos, Lewis unboxes latest gadgets, Bluetooth speakers, Smartphones, etc. and also he expertise on these products are much appreciated by the viewers.

More companies wanted to sponsor him after he came into limelight. In addition, he has a second YouTube channel, ‘MORE TOP 5’ which he had opened in 2014. Although Lewis does not use this channel anymore, he still has over 387k subscribers.

It seems Lewis has not been awarded and nominated for his work till date.

He has an estimated net worth of around $10 million and he has earned that sum of money from his professional career. His channel gets around 2.3 million video views daily on average and this will result in earnings of around $9,200 per day ($3.4 million a year).

He uploaded a video titled “iPhone 6 Plus Bend Test” in September 2014 and he bent the newly released iPhone 6 Plus. He bent it with his bare hands! which was based on the fact that people were complaining their iPhone 6 plus was bending in their pockets!

There was a huge controversy surrounding the video as people assumed that the video was not authentic and was heavily edited. Lewis then uploaded the uncut version of the video to prove the weak point of iPhone 6 plus.

After the video came out, Apple Company confessed that the phone had the weakness and made the necessary changes to strengthen the smartphone while also offering a replacement for the iPhone 6 Plus customers.

Lewis Hilsenteger has a height of 5 ft. 6 inches and weighs 75 kg. Also, Lewis has blue eyes and light brown hair.