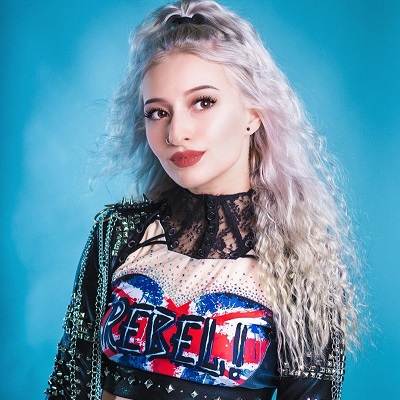 If I wouldn’t have came here, I’d be sitting in a jail cell right about now.

Lexi Brumback is currently in a relationship with Dominic Green since 2019.

Dominic is a transgender pansexual man and he believes in himself, many Gods, and in the Universe.

There is no information about her previous relationship.

The actress is very focused on the second season of the series, Cheer.

Also, her Instagram posts suggest that she shares as a very strong bond with her costar, Dillon Brandt. Also, she has confirmed that she is a bisexual.

Who is Lexi Brumback?

Lexi Brumback is an American actress. Brumback is renowned as a member of the cheerleading squad of Netflix’s docuseries Cheer.

Lexi Brumback was born on the 11th of January 2000 in the United States. She is of Germanic ancestry.

Lexi started her career as an actress with Netflix’s TV series, Cheer. The series broke the stereotype that the cheerleaders only for the posting and all. The series speaks about the hardship they move through. It reflects the blood, sweat, and hard works that cheerleaders put in their art.

In the series, she is portraying a character of a cheerleader, who happens to be a member of the cheerleading squad of Navarro College along with members like Jerry Harris, La’Darius Marshall, Gabi Butler, and Morgan Simianer.

For all the members the first season was a happy ending. However, the season-ending was not happy for her. At the ending of the season, she was kicked out from his cheerleading squad when her coach, Monica Aldama found her along with the marijuana.

However, she has confirmed that she will be returned in the second season of the series as the squad member. She will get a second chance from the coach, as she is extremely talented as a cheerleader.

She is a brown eye with psychedelic hair. Her height is 5 feet and 2 inches.