Lexy Kolker is still at her young age to be in any relationship. The actress is more focused on building her career right now. 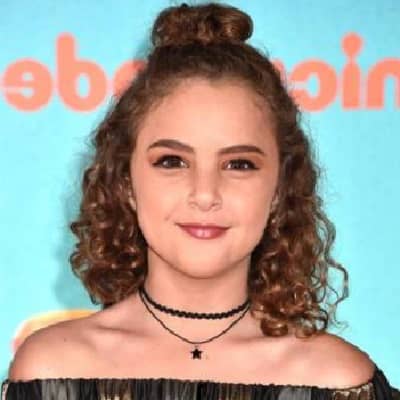 Who is Lexy Kolker?

Lexy Kolker is an American child actress. She is popular for her role as Chloe in the science fiction thriller film Freaks and has also won a Young Artist Award for it.

Lexy was born on August 17, 2009, in Los Angeles California. She holds an American nationality and has Caucasian descent.

She is the youngest among the three sisters. Her sister Ava Kolker Jade Kolker, and Kayla Kolker are also in the entertainment industry.

Lexy must be homeschooled as of now to continue her career along.

The actress was first introduced to acting by her older sister Ava Kolker. It was in the year 2015, she starred as Tatiana in an episode of the crime drama television series Criminal Minds. A year later the actress debuted in the movie playing Lily in the action film Female Fight Squad.

The same year, she played the recurring role of Mary Swagger on the action television series Shooter.

In 2017, she portrayed the eight-year-old Fable in the television film Searchers and even played Monkey in the drama film Our Little Secret.

She is also well known for her recurring role of Robin Hinton on the superhero television series Agents of S.H.I.E.L.D in 2018.

Her role as Chloe in the science fiction–based action film Freaks was praised by all. She even won the Young Artist Award for Best Young Actress for that work.

Lexy then appeared as Lily in the fantasy film The Little Mermaid. In the year 2019, she worked for the mystery crime film The Case of Jonas Booker as Marley.

Likely, talking about her latest works, she played the main role of Lilliana Pieri in the television series For Nothing.

Lexy has even performed in stage productions of Peter Pan, Hairspray, and Seussical the Musical. She was a member of the social media collective Vibe Crew.

The child actress has amassed a net worth of around $500,000. Actors of all ages received an average wage of $17.49 an hour. And so Lexy also must have good earnings.

She has worked in various movies which were commercially very good. The Little Mermaid movie in which she starred has collected 233M USD at the box office.

Lexy has maintained a clear image and hasn’t appeared in any rumors and controversial news.