LGND’s relationship status is in a living relationship. He is dating a girl named Des with whom he is together since 2014. His partner has more than 634k followers on Instagram.

This couple is blessed with two children. Their son is Jayce while their daughter’s name is Aria.

Also, from LGND’s past affair, he has a son named Justice but his ex-girlfriend’s name is not revealed. 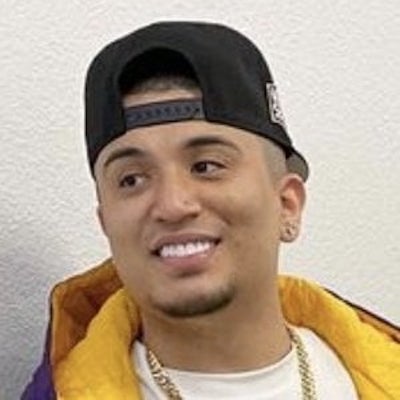 LGND is an American social media personality, actor, model, and comedian. His content on TikTok and Instagram is loved by his millions of followers.

His birthdate is 29 April 1989 and he was born in the United States as Justice Alexander. The name of his mother along with his father is unknown to the public.

LGND’s ancestry is Caucasian and has a brother. As per his academics, he might be a pass out of high school.

LGND started to rise after he entered the digital world. He has an amusing number of followers on Instagram of over 1.8M where he posts his lifestyle pictures.

His charm is also on TikTok where his comedic sketches are loved by his over 12.4M Fans. Till now, he has received more than 315.8M Likes for his uploads.

He also runs a YouTube channel that was created in Nov 2014 and it has over 662k subscribers. On this platform, he uploads vlogs, Drives with Me’s, challenges, and cooking clips that are loved by the viewers.

Some of his most viewed videos are My Ex is Staying The Night Prank, Side chick Blowing up my Phone Prank, Her Water Broke!!!, We almost Died Together!!!, and more.

LGND is available on many other social sites. His Facebook and Twitter accounts are followed by more than 4M and 18k people respectively.

This popular star of TikTok is keeping himself away from rumors and desperate scandals.

LGND’s height is 5 ft 11 inches and his body weight is average. Similarly, he has dark brown eyes and his hair color is dark brown.