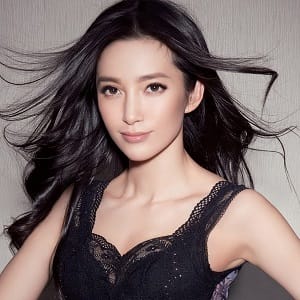 My first time playing a main character was in 'Seventeen Years.' It was directed by famous Sixth Generation director Zhang Yuan, but it wasn't a large commercial film.

I'm happy to see the United States and China cooperating more and more with movies. The entertainment industry in China is developing very fast. I hope there can be a bridge for actors to work in both places.

I got into the Shanghai Drama Institute because my parents, like all parents, want their children to have good grades and to go to a good college. I became a college student because of them.

The threat of extinction is more real than many realize. And the damage done to elephants directly leads to destruction of the ecosystem.

Li Bingbing is currently in a relationship with the management-level banker Hsu Wen Nan. The pair met at a party and they were spotted together for the first time in 2015. Neither of them has spoken about the future of this relationship.

Who is Li Bingbing?

Li Bingbing is a Chinese actress and singer. People mostly recognize her for her roles in ‘Seventeen Years’, ‘A World Without Thieves’, and ‘Detective Dee and the Mystery of the Phantom Flame’ among others. More recently, she appeared in the 2018 science fiction action thriller film, ‘The Meg’.

Bingbing was born in Wuchang, Heilongjiang on February 27, 1973. Although she did not have plans to become an actress as a child, she later discovered her interest in acting upon graduation. She is of Chinese nationality. Furthermore, she belongs to the Chinese ethnic background.

Bingbing initially made her debut in 1994’s ‘The Spirit of a Pliceman’. Additionally, in the same year, she also appeared in ‘Qiao qian zhi xi’. Later in 1997, she was cast in the TV series ‘Shang Yang chuan qi’. In 1999, she played Chen Jie in ‘Seventeen Years’. Since then, she has appeared in numerous other movies and television series. All in all, she has over 25 credits as an actress.

Some other movies and television series that Bingbing has appeared in are ‘Guardians of the Tomb’, ‘Zhongkui: Snow Girl and the Dark Crystal’, ‘Transformers: Age of Extinction’, ‘Resident Evil: Retribution’, ‘I Do’, ‘Snow Flower and the Secret Fan’, ‘Detective Dee: Mystery of the Phantom Flame’, ‘Showtime’, ‘The Forbidden Kingdom’, ‘Dragon Squad’, ‘A World Without Thieves’, ‘Purple Butterfly’, ‘Taiji Prodigy’, and ‘The Young Detective’ among others. Apart from her work in movies and television, Li is one of the founders of the two-year One Million-Tree Forest project.

Bingbing has not revealed her current salary. However, she has an estimated net worth of around $ 80 million at present.

Bingbing became part of a controversy after she did not appear at the premiere of ‘Resident Evil: Retribution’. It was speculated that this was due to political reasons. At present, there are no rumors concerning Bingbing and her career.

Talking about her body measurement, Bingbing has a height of 5 feet 5 inches (1.65 m). Additionally, she weighs around 48 kg. She has a body measurement of 32-23-34 inches. Furthermore, her hair color is black and her eye color is dark brown.

The Meg actress Li Bingbing nearly dies while shooting! Says, “I’ve always been afraid of water, but one of my scenes required me to be put in a cage five or six meters underwater, and I had to hold my breath for a very long time.”

Details of Chinese actress, Nancy Wu’s Achievements and her personal life you can get here!! Click to explore about her