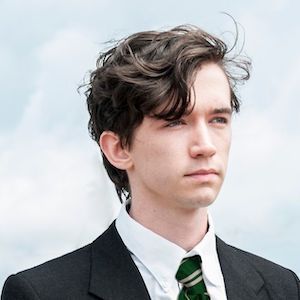 I think I had this feeling that it wouldn't work out, but it was fine. I would have just been Harry Potter from then on

Shortly after my dad died, my mom figured that if I could do a few commercials, I'd get a college fund

I've never really tried to copy anyone, I like to have my own style.

Liam Aiken seems to give more focus on the progress of career rather than having a love affair. This actor is an example of professionalism as he hasn’t revealed much about his personal life.

The paparazzi haven’t captured him dating anyone and is considered as single.

Who is Liam Aiken?

Liam Aiken is an award-winning American actor. He has started his career from a young age and has given memorable roles in movies and TV shows. This actor is best known for his movies, Stepmom, Road to Perdition, and Good Boy!, and A Gifted Man.

His birth date is January 7, 1990, and birthplace is New York City, New York, USA. He was born with a middle name Pádraic and has the nationality of American with Irish, English, and German ethnicity.

Liam is the only son of his father, Bill Aiken who was an MTV producer and mother, Moya Aiken. His father died of cancer in Oct 1992 and then he was raised by his mother only.

His education was from Dwight-Englewood School and graduated in the year 2008. Then to pursue a film career, Liam attended New York University by taking the film as a major subject.

This boy has first appeared in a commercial of Ford Motor Company. He then was seen in a Broadway show in 1997 and in the same year, Liam was enrolled in a comedy-drama film Henry Fool. After this, he never looked back and made himself busy with TV and movies.

This skilled professional actor has been nominated for many awards. Liam in the years 2003, 2004, and 2005 got nominated by Young Artist Award for leading and supporting young actor.

Similarly, he was also nominated for the best young actor by Critics Choice Award in 2005. So far Liam has only won one award (Young Artist Award) in 1999 for his movie Stepmom.

At a very young age, this talented actor has reached the height of success. He has made huge earnings from his acting career. The net worth of Liam is estimated to be around $2 million but his salary is unknown.

There are no solid controversies about this young actor. But as the sources have published, Liam was the first choice for the role of Harry Potter in the Harry Potter series. But this offer was declined as Liam was not British.

Aiken has an average height of 5 ft 11 inches and a weight of 64 kg. He has light brown eyes, black hair, and fair skin complexion. But his other body stats like biceps size, waist size, etc are unknown.

Liam Aiken is officially active on Twitter and has more than 202k followers. However, fan pages of his unofficial Instagram and Facebook accounts have around 6.7k and 2k followers respectively.