Liam Hemsworth is one of the attractive-looking actors. He is in a relationship. 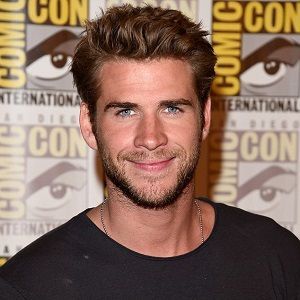 I feel like anything I'm doing in life, I try to stay myself and be as honest and true as I can be, you know, and be a nice person. I've always been taught to be kind to people and have an open mind about life.

If I have one addiction in life, it's probably food.

We love making movies. We got into the business to make movies. At the end of the day, whether you're doing a low budget film or a big budget film, you want it to do well and you want people to see it. That's the whole point. You want to put some kind of message in it.

What is the relationship of Liam Hemsworth?

Liam Hemsworth is in a relationship with Maddison Brown. Maddison is a model. As per the report, the new duo enjoyed lunch with Liam’s parents with chitchat.

Previously, he was married to his longtime girlfriend, Miley Cyrus. They tied the knot on 23rd December 2018. Their wedding ceremony was a private affair, which was not known to the media.

It is said that the couple had gone for the vacation and that time they got married. After the wedding, Miley uploaded the pictures of her wedding. They were in an on and off relationship for a decade and now finally the couple took the vows to stay together till death. However, the couple split after a few months.

He also hooked up with Nina Dobrev in 2014, January Jones in 2013 and Amanda Bynes in 2009. Altogether he has been in 7 relationships

Who is Liam Hemsworth?

He has also been a part of some American movies like The Last Song, The Hunger Games film series, and Independence Day: Resurgence.

Talking about his early, he was born on January 13, 1990. He experienced half of his childhood in Melbourne, Australia.

His parents were Leonie who was an English teacher and Craig Hemsworth who was a social-services counselor.

He has two brothers Chris and Luke Hemsworth, who have made great success in the film industry. Talking about his ancestor they were English, Irish, Scottish, and German.

During his childhood days, when he was 8 years, he and his family relocated to Phillip Island. He and his brother Chris moved to the United States of America to uplift their education and as well as their acting skills. At first, they stayed in the guest house of Chris’s manager.

Besides this, there is no information about his education history and also about his early life.

Liam Hemsworth gave a start to his career in 2007 with guest appearances on the shows named Home and Away and McLeod’s Daughters. Then he got a chance to be a part of the Australian soap opera Neighbours. He has also been a part of the children’s television show The Elephant Princess.

He was in the movie Satisfaction and also the British film Triangle. He was selected for one of the biggest movies in Hollywood ‘The Expendables 2 ‘.

He was chosen for the superhero movie Thor but he was out of the state, so his brother  Chris got the role of the movie.

There was an announcement by Disney that Liam Hemsworth would be part of The Last Song.

He was also featured in Miley Cyrus’s music video ‘When I Look at You’. He was then chosen for Arabian Nights which is a 3D action film.

Later in 2010, he hosted the Nickelodeon Australian Kids’ Choice Awards. He starred in a song called “Colder Weather” which was a song by the Zac Brown Band.

In summer 2014, he was a part of the Australian literary adaptation called ‘The Dressmaker’. In 2016, he starred in Independence Day: Resurgence which was one of the good movies of Hollywood.

Liam Hemsworth received a good salary but the exact figure is unknown. However, he has a net worth of $28 million dollars as of 2022.

Talking about his rumors and controversy, he and  Miley Cyrus were spotted at Soho House in Malibu after enjoying a meal with some friends on Tuesday.

In 2013, He was captured making out with Eiza Gonzalez when he split up with Miley Cyrus.

There is a trending rumor that he is going to be a dad soon in the upcoming days.

He has brown hair and his eyes are blue. Besides this, there is no information about his body structure completely.