Updated On December 6, 2020 | In controversy , Divorce , Relationship
Share this 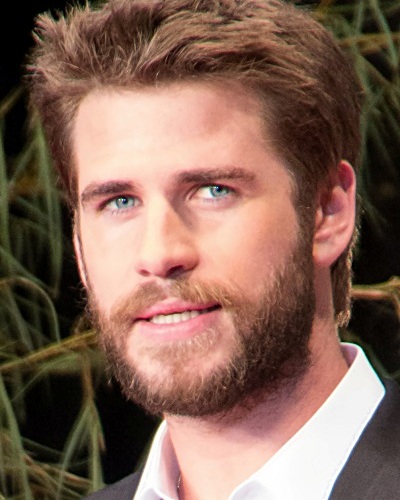 Miley Cyrus recently gave a candid talk about her divorce with ex-husband Liam Hemsworth and the fact that she would not have married him if their house in Malibu was not destroyed in the wildfire of Woolsey. She was at the very low of her life and that prompted her to marry Liam. People wondered what Liam felt about this interview and disclosure of Miley.

After the candid interview that Miley Cyrus gave about her private life on The Howard Stern Show recently, everyone was wondering how Liam Hemsworth would have felt with Miley talking so much about their personal life in public.

Entertainment Tonight has revealed that Liam is aware of all that Miley spoke on the show. But he has not much reacted to it since he is busy dating Gabriella Brooks. After his breakup with Miley, Liam has moved on with his new girlfriend, Gabriella who is 25 and an Australian model. The talk has not much affected Liam in any way, said the news outlet.

The source on Liam’s reaction

An insider who knows Liam said to ET:

“Liam Hemsworth isn’t upset by the recent interview Miley did where she says there was too much conflict in their marriage. Liam was very hurt when they initially broke up, but he has moved on now and is happy with Gabriella. He’s very traditional and Gabriella shares the same values as him and gets along with his family. Their relationship is easygoing and they have similar upbringings and backgrounds.”

Does that mean that Miley and Liam were not on similar levels when it came to their relationship? The couple had been friends for a very long time and did get along fairly well. But Miley was more of the open type and Liam fitted more into traditional roles. This disparity in thinking between the two was a mismatch and might have led to marital conflicts and separation. Miley had also talked about the marital conflicts that led to their divorce within a year of their marriage.

Miley and her confessions on the show

The singer Miley spoke at length on the show about her relationship with Liam, marriage, and then separation. She said:

“There was too much conflict. When I come home, I want to be anchored by someone. I don’t get off on drama or fighting.”

Earlier in the interview, she had also that it was not her deep desire to wed Liam. But the trauma she faced when she lost her everything in the Malibu fire that prompted her to go ahead and marry Liam. Narrating and explaining, Miley had said:

“We were together since 16. Our house burned down. We had been like, engaged—I don’t know if we really ever thought we were actually going to get married, but when we lost our house in Malibu—which if you listen to my voice pre-and post-fire, they’re very different, so that trauma really affected my voice. And I was actually in South Africa, so I couldn’t come home, and like, my animals were tied to a post at the beach. I lost everything. I had polaroids of Elvis, like front row, passed on from—I got a couple grandmas to give me their Elvis polaroids. And I always became friends with my friends’ grandmas so I could get the goods from the artists I love.”

“I just clung to what I had left of that house, which was me and him. And I really do and did love him very, very, very much and still do, always will.”