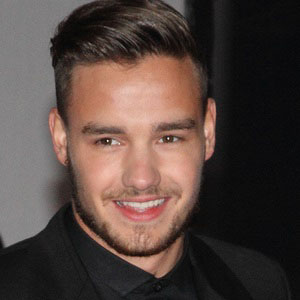 When I was born, I was effectively dead. Weird, I know. The doctors couldn't get any reaction from me, so I had to be brought round, and although it seemed like I was okay, there were underlying problems

I think the whole thing, boy band, it's a little bit of a dirty word. They say it's not a good thing to be in a boy band. We want to change that. We want to make the boy band cool. It's not just about dancing and dressing the same

I had a few dating disasters along the way with girls cheating on me. One girl was the inspiration for me singing 'Cry Me A River' on 'The X Factor.' That was my payback to her because she was unfaithful.

What is the relationship of Liam Payne?

Liam Payne is an unmarried man to date. He has been in few relationships in his life.

He was in a serious relationship with the British Dancer Danielle Peazer from 2010 to 2013.

After that, he began dating Sophie Smith in late 2013. After two years of their affair, they broke up in 2015.

In 2015, he also dated the famous British singer Cheryl. He is currently in a relationship with the British singer-songwriter Cheryl Cole. They welcomed a son named Bear in March 2017. They split in 2018.

In 2019, Payne began dating model Maya Henry and they announced their engagement in August 2020. In May 2022, Payne announced they had ended their relationship.

Who is Liam Payne?

Liam Payne is an English singer and songwriter.  He is best known as a member of the highly successful British boy band, One Direction alongside Louis Tomlinson, Niall Horan, and Harry Styles.

He has received eight Teen Choice Awards with the band. With his band-mates, he has released five commercially successful albums and has performed on four worldwide tours.

Liam Payne was born as Liam James Payne on August 29, 1993, in New Cross Hospital, Wolverhampton, England, UK. His nationality is British and he is of English ethnicity.

He is the youngest child of British parents Geoff Payne and Karen Payne. He has two elder siblings named Ruth Gibbons and Nicola Payne. When he was a child, one of his kidneys was scarred and dysfunctional.

As a child, he was interested in sports and also joined the Wolverhampton and Bilston Athletics Club to pursue his running career.

In which school did Liam Payne attend?

He was bullied in secondary school and took up boxing lessons at the age of 12. He later studied music technology at Wolverhampton College‘s Paget Road Campus.

Payne made his debut as a singer when he auditioned as a solo artist for the British television series The X Factor in 2008, but failed to make it to the final.

He re-auditioned as a solo artist in 2010, where he was put into a group along with Louis Tomlinson, Niall Horan, Zayn Malik, and Harry Styles to form the boy band that later became known as One Direction.

Following The X Factor, One Direction was signed to Simon Cowell’s Syco Entertainment in 2010. The band released their first studio album, Up All Night in 2011, followed by their second album, Take Me Home in 2012.

Liam has begun working as a producer under the monikers “Big Payno“. In August 2014, Payne created and became director of Hampton Music Limited. In 2015, Payne collaborated with songwriter Jamie Scott on Irish band Hometown’s single “The Night We Met.”

He has recently signed a recording contract with Capitol Records. In 2015, Liam won the Attitude Awards for Sexiest Man of the Year. With his band, he has won eight Teen Choice Awards.

It was announced that Payne had signed a recording contract with Republic Records in October 2016. In 2017, his debut solo single “Strip That Down”, featuring Quavo and co-written with Ed Sheeran and Steve Mac, was released.

He contributed vocals with Lennon Stella which was released on 5 October 2018 on Jonas Blue’s song “Polaroid”. In May 2019, Payne announced he became the first global brand ambassador for the German brand Hugo Boss.

Liam Payne: Salary and Net Worth

He has a net worth of $70 million but his salary is not revealed yet.

Rumors were that Liam and his ex-girlfriend Cheryl were going to be parents back in 2015. Currently, there are no desperate rumors regarding his personal and professional life.

What are the body descriptions of Liam Payne?

Lian Payne has a height of 5 feet 9 inches. His body weighs 73kg. Both his eyes are hair is light brown.

Besides these, his chest size is 40 inches, waist size is 30 inches and biceps size is 14 inches. Additionally, her shoe size is 8 US.

Furthermore, also find out more about the early life, career, net worth, relationships, and controversies of singers and songwriters like Amanda Brown, Andra Day, and Brandi Cyrus.