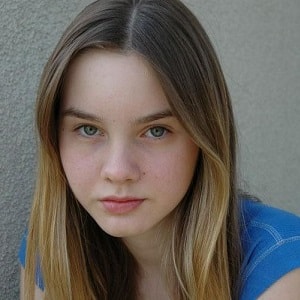 “Surround yourself with good people who encourage and love you. There are always ups and downs, no matter how successful you are.”

Liana Liberato is in an affair with Instagram star Thomas O’Brien. They are open about their love for each other and keep sharing their cute pictures via their social media handle. However, their future plan has not revealed yet.

Who is Liana Liberato?

Liana Liberato is an American film and television actress. She is famous for her role as the younger version of the female lead in the 2014 film ‘The Best of Me’ and starred in the 2010 film, ‘Trust’ and ‘The Last Sin Eater’.

She was born in Galveston, Texas, USA, on August 20, 1995, Her birth name is Liana Daine Liberato and she is currently 23 years old. Her father’s name is George Liberato and her mother’s name is Rhondelle Liberato. She holds American citizenship and her ethnicity is a mix of Czech, English, French, Irish, and Italian.

There is no information available regarding her education history, however, it is under review.

She debuted her acting from the television series ‘Cold Case’ in 2005 and appeared on ‘Sons of Anarchy’, ‘CSI: Miami’. She also made her appearance in the music video for Miley Cyrus’s song ‘& Things’.

Liana made her appearance in the fourth season of ‘House’ by the following year. She was featured in the June issue of ‘The New York Times Magazine’ and she got the leading role in the 20th Century Fox adventure film ‘The Last Sin Eater’.

Liana starred in the film ‘Trust’ in 2010 and cast in the film ‘Trespass’. She portrayed the role of Kim in ‘If I Stay’ and played the younger version of the female lead in the 2014 film ‘The Best of Me’.

She won the Silver Hugo Award for Best Actress at the 46th Chicago International Film Festival for her performance in ‘Trust’. She was named one of the best actors under the age of 20 by IndieWire.

She has an estimated net worth of around $3 million and she earns up to $400,000 per year from her movies.

She was rumored for the role of Hazel in ‘The Fault in Our Stars’.