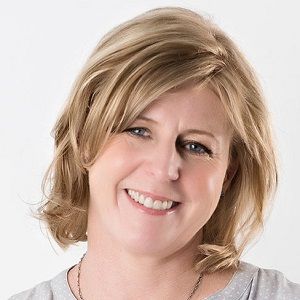 Falling in love was easy.anyone could fall. It was holding on that was tricky.

None of us ever know all the possible courses our lives could have and maybe should have taken. It's probably just as well. Some secrets are meant to stay secret forever. Just ask Pandora.

Marriage was a form of insanity

love hovering permanently on the edge of aggravation.

Liane Moriarty is a married woman. She is married to Adam and they also are blessed with two children, George and Anna. Adam is a former farmer from Tasmania. Currently, Liane lives with her family in Sydney.

This has made it hard to know about her current relationship status. But from outside it looks like she is happy with her marriage. And, let’s hope she will live the rest of her life with her husband, Adam.

Who is Liane Moriarty?

Liane Moriarty is an Australian author. She has sold more than six million copies of her books worldwide and her novels have been translated into more than thirty languages.

He is widely popular for her novel Big Little Lies which is adapted by HBO for a TV series. Her other famous novel includes The Husband’s Secret and Truly Madly Guilty. And until now, she has written about ten novels.

Liane Moriarty was born on November 15, 1966, in Sydney, New South Wales, Australia. Her father’s name is Bernie Moriarty. And, she has a sister Jaclyn Moriarty who is also an Australian author.

Talking about her childhood, she was raised by her parents in her hometown. She was very interested in reading even when she was a child.

As regards Liane’s academic qualifications, she holds a Masters Degree from Macquarie University in Sydney.

Liane wrote her first novel after she made a deal with her father for $1.00. Later she went on to write three volumes of her first novel, The Mystery of the Dead Man’s Island.

Among her many novels, some of them are very famous and one even is adopted by HBO for a television series. Her fifth novel The Husband’s Secret was able to be on the top of the chart of New York Times Bestseller. This very novel was sold more than 3 million copies worldwide.

Her novel, Big Little Lies also was on the top of the chart of New York Times Bestseller. In addition, HBO adopted this novel. Furthermore, the series went on to receive numerous awards.

Her recent work Truly Madly Guilty which was published in 2016 also has great success. This novel also topped the chart of New York Times Bestseller. She is still active as an author and there are still many of her great writing to come.

As a result of her outstanding writing, she has received Goodreads Choice Award in 2016 for her novel Truly Madly Guilty. In addition, her novel Big Little Lies got a nomination for Colorado Blue Spruce Award in 2016.

Liane Moriarty: Salary and Net Worth

Actual details regarding Liane’s salary and net worth are currently unavailable. However, the successful career must have given her huge wealth under her name.

So far, Liane has maintained a fair distance with rumors and controversies. There are not any rumors about her professional as well as personal life. And, let’s hope she will remain far from controversies.

Liane is a blonde woman. She has gray eyes and fair skin. But, many other details of her body measurements are currently missing. She is a very confident person and is very lively in media appearances.

New York Times Bestseller, Big Little Lies, the work of Liane Moriarty!! HBO’s mini series adaptation of this novel completed its first season to receive numerous awards!! And, it is officially confirmed that the next season is under way!!

The News of Keith Urban Getting Upset with Nicole Kidman!! How much of it is true?Know more about their Relationship