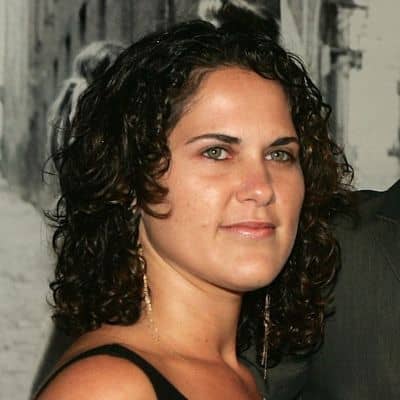 Who is Liberty Phoenix's Husband?

Currently, Liberty Phoenix is living a happy married life with her husband, Andy Lord. Andy is her second husband.

Together, the couple is parents to two children, a son Leo Lord Phoenix and a daughter, EmilyLord Phoenix.

Besides these, there is no info available about their relationship.

Prior to getting married to Andy, she was married to her former and first husband, Ernesto Asch. They tied the knot on August 11, 1996, and unfortunately on September 24, 2003, they officially got divorced.

And their third child and first daughter Scarlette Jasmine Phoenix-Asch was born on July 2, 2001.

Who is Liberty Phoenix?

Liberty Phoenix aka Liberty Mariposa Phoenix is a former actress and model. She is known for her appearance in Seven Brides for Seven Brothers and Kate’s Secret.

The beautiful actress was born on July 5, 1976, in Caracas, Venezuela. As of 2022, Liberty is 46 years old and holds American citizenship.

Likewise, her ethnicity is Caucasian while her birth sign is Cancer.

Who are Liberty Phoenix’s Parents? How Many Siblings Does She Have?

She was brought up with her five siblings, three sisters (Rain, Summer, and Jodean) and two brothers (River and Joaquin Phoenix).

As per her academics, Though, Liberty might be a high school graduate but has not disclosed the name of an educational institution.

Briefing about her professional career, Liberty appeared in an American musical television series, Seven Brides for Seven Brothers.  It is the adaptation of the 1954 film with the same name, which aired from September 19, 1982, to March 23, 1983, on CBS.

Following that, in 1986, she was cast as Brownie Scout in the American tv drama film, Kate’s Secret. In the drama, she shared the screen with known stars like Ben Masters, Tracy Nelson, Edward Asner, Meredith Baxter Birney, and others.

Then, she introduced a punk band named, The Causey Way, along with her sisters, Rain and Summer Phoenix. But the band does not exist anymore.

Liberty is also a designer, who designed a line of dresses and skirts in 2005. Later, in March 2007, she started her own eco-friendly Indigo Green Store based in Gainesville, Florida.

How Much Is Liberty Phoenix’s Net worth And Salary?

According to various sources, Liberty has an estimated net worth of around $1 million. Her monthly or yearly salary are unavialbe at present.

Has Liberty Phoenix Ever Been Part Of Rumors Or Controversies?

There are no significant rumors and controversies regarding Liberty Phoenix in the mainstream media to date.

Phoenix has thus far, managed to keep her image clean in the eyes of the general public.

The gorgeous lady stands at the height of 5 feet 4 inches while she weighs around 60 Kg. In addition, her body dimensions like bust, waist, and hips sizes are not available at present.

Moreover, she has a pair of green eyes and brown hair along with a fair complexion.

Top 7 WNBA teams! Find out which Women’s team will win the game