Liberty Ross is an English model and actress. She has appeared in Vogue, Harper's Bazaar, i-D, and Dazed & Confused. She is married and has two kids. 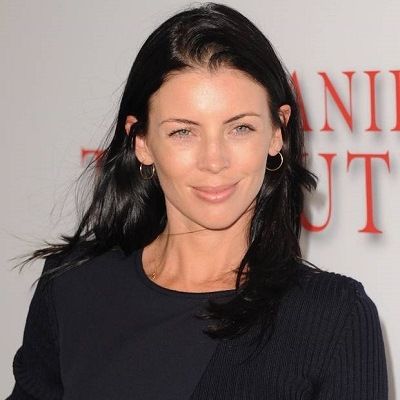 I knew that I wasn't feeling 100 percent right. I found myself on a roller coaster, like, I'm going to keep things moving, keep things going. I'm going to keep up this amazing [façade], everyone looking at me and Rupert, thinking, Oh, wow, you guys have it all... Really, I had times when I felt very lonely, very disconnected from Rupert. We'd lost our real connection. I'm not a quitter. I've done everything I could to be the perfect wife and mother and really support my husband. But I didn't have any more to give, you know? We were together for 16 years, and that in itself is really beautiful. And we've created two exceptional lives together. I have no words to describe what we went through. But I think, for me, something always has to completely die for there to be a rebirth. And for me, I feel like I'm going through a rebirth. It's very strange for me because my parents have been together for 50 years, so [divorce] is something I never, ever thought I would do.

What is the relationship of Liberty Ross?

Liberty Ross married director Rupert Sanders in 2002. Though both Ross and Sanders are British, they moved to Los Angeles to further Sanders’ career, and Ross focused on being a wife and mother. Together the couple has two children, daughter Skyla, and son Tennyson.

Moreover, Sanders cheating on Ross with actress Kristen Stewart, prompting Sanders and Stewart to issue separate public apologies. Then, Ross subsequently filed for divorce from Sanders in January 2013, seeking joint custody, spousal support, and legal fees.  The divorce was finalized on 30 May 2014.

In the year 2014 Ross confirmed she was dating record producer Jimmy Iovine. They married in front of their Malibu beach house on Valentine’s Day, 2016. Their marriage was attended by friends and family.

Who is Liberty Ross?

Liberty Ross is an English model and actress. Likely, she has appeared in publications such as Vogue, Harper’s Bazaar, i-D, and Dazed & Confused.

Similarly, she played the role of Queen Eleanor in the 2012 fantasy film Snow White and the Huntsman, directed by her then-husband, Rupert Sanders. She is the sister of the famous composers Atticus and Leopold Ross.

She was born in Westminster, London, England on  September 23, 1978. Her birth name is Liberty Lettice Lark Ross, and she is currently 42 years old.

Her birth sign is Libra. She was born to parents Ian Ross (father) and Roxana Lampson (mother). She has two siblings Atticus Ross, and Atticus Ross.

Liberty Ross met Mario Testino on Portobello Road in London, where he asked her and a group of friends to do a shoot for British Vogue. Then, she worked sporadically as a model throughout her childhood. She also appeared on Ozzy Osbourne’s No Rest for the Wicked album cover at the age of nine. In the year 1992, she signed with Storm Model Management.

In 2000, Ross became the face of an Emanuel Ungaro ad campaign. Then, in May, Ross appeared on the twentieth anniversary cover of The Face alongside Kate Moss. Whereas, in June, Ross also appeared on the cover of British Vogue, shot by personal friend Mario Testino.

Likewise, she was photographed by Robin Derrick for the December 2000/January 2001 issue of Vogue Russia. In the year 2002, Ross shot Burberry’s spring campaign alongside Kate Moss and Eva Herzigova. Ross also appeared on the November 2002 cover of British magazine i-D, photographed by Kayt Jones.

Similarly, in 2003, Ross became the face of the luxury footwear brand Jimmy Choo. She also modeled for the cover of Vogue Russia, photographed by Todd Barry. Likewise, in 2004 she modeled for Dior’s Addict perfume. Eventually, Ross then appeared in the Pirelli Calendar, photographed by Nick Knight. Then, Ross began a three-year hiatus to focus on her family life which ended in 2007 when she re-signed with Storm.

There was a rumor about Liberty’s being a lesbian. She is a heterosexual woman and has always been.

Talking about her awards, Ross was awarded Model of the Year at the Elle Style Awards.

She has an estimated net worth of around $12 million as of 2022, but her salary is not disclosed.

Liberty Ross has a height of 5 feet 8 inches and her weight is unknown. Additionally, she has a measurement of  32-25-35 inches.

Her hair color is black and her eyes color is blue. Furthermore, her dress size is 4 (US) and her shoe size is 9 (US).

Also get to know more about Jenna Gering, Anja Rubik, and Alice Peneaca.