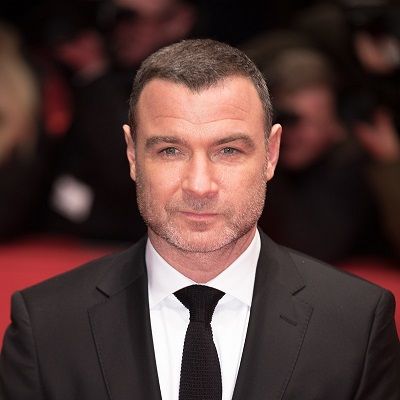 If I'm doing my job as an actor, the audience knows everything I know about the character

People always pronounce it Leave. I walk into a casting person's office and the first thing I usually hear is 'Leave!'

Liev Schreiber is in a relationship with Taylor Neisen since October 2017. Taylor was Liev’s children’s nanny.

He was married to Naomi Watts in 2005. She is a British actress. They have two sons named Sasha (Alexander) and Samuel Kai. The couple divorced in 2016. However, the couple has managed to get on well even after their divorce.

The main reason for Naomi and Liev’s separation is because of his extra-marital affair with his nanny, Taylor Neisen.

Who is Liev Schreiber?

Liev Schreiber is an American actor who is famous for his role in movies like The Sum of All Fears, Salt, and Taking Woodstock. Likewise, he is also a director, screenwriter, and producer.

His father was a Protestant actor and his mother was a Jewish painter. In 1968, his family moved to the unincorporated rural community of Winlaw, south interior of British Columbia. Again in 1971, he moved to New York with his mother and lived there. His parents divorced the following year.

His siblings are Pablo Schreiber, Max Schreiber, Will Schreiber, and Charles Schreiber. Pablo is a Canadian-American actor.

Schreiber attended Friends Seminary, a Quaker school, and went on to attend Hampshire College in Amherst, Massachusetts. He graduated from Friends Seminary High School in Manhattan.

He used to work with the Public Theater’s New York Shakespeare Festival. He first performed in ‘The Tempest’ in 1995′,‘Macbeth’ and ‘Cymbeline’ in 1998 and the famous ‘Hamlet’ in 1999.

In 1996 he played the supporting role in the horror film ‘Scream’. He gained many fans through the movie and it was the turning point of his career.

He was then offered roles in several big-budget movies like ‘Walking and Talking(1996)’, ‘Daytrippers’, and the comedy-drama film ‘Big Night’, directed by Campbell Scott and Stanley Tucci. He played numerous movies throughout his career.

These are the awards that he won during his career:

He has a net worth of $18 million. Most of his earnings are from acting in numerous films.

He has an apartment in Manhattan, New York City.

Rumors were that Liev had an affair with his children’s nanny, who is 24 years younger than him. Also, they went for a vacation in Costa Rica. His nanny is Miss South Dakota, Taylor Neisen. Liev and Taylor were seen cozy enjoying the beach.

His height is 6 feet 3 inches and his weight is 90 kg. He has brown hair and blue eyes. His shoe size is unknown.