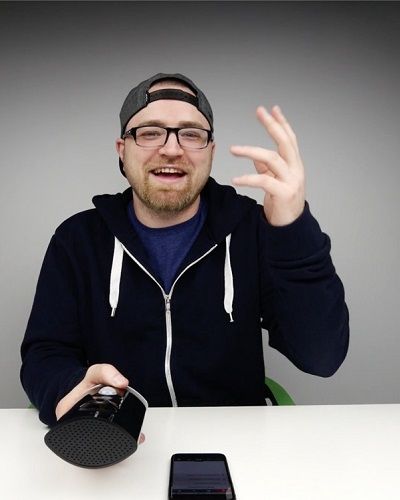 YouTube is one of the most popular social media sites which has created good impacts to the users as well as the viewers.

These days it has also become the place where people can learn different things, share their life experience and also for entertainment propose.

It is an American Video sharing site which was founded on February 14, 2005, by Steven Chen, Chad Hurley, and Jawed Karim.

Some interesting facts about some YouTubers who has set a benchmark through their YouTube channel are listed below.

Lewis is one of the popular YouTuber who is passionate about technology as well as other goods. His channel is about unboxing products which are new to the technical world.

He was born on 5th may 1984 in Toronto, Canada. He has studied digital art, photography and video editing. He was the president of iUpgrade company.

One of his most popular YouTube videos was ‘iPhone 6 Plus bend test’ which crossed over 69 million views. According to analytics company, it is said that he is making more than 1.6 million dollars within a year with the help of google adds. His best phone of the year 2017 is ‘pixel 2 xl’ and he uses it nowadays.

He has a great number of technical stuff, shoes, as well as cars collection which he has stored in the Unboxtherapy headquarters.

Marques Brown is one of the tech YouTubers from America. He is one of the finest YouTuber who gives latest updates about gadgets which are launched in the day to day world.

He is often said as one of the best technology reviewers on the planet.

He has a YouTube channel name MKBHD which has more than 5.7 million followers.

He was born in December 1993 in Maplewood, NJ. He graduated in Business and Technology from Stevens Institute of Technology. He was active on YouTube since 2008, while he was still at his school.

He is also a professional ultimate frisbee player who has played for New Jersey Hammerheads and currently he is playing with New York Rumble.

You may also like to read The highest paid YouTuber is aged 7! Ryan ToysReview had an earning of $ 22 million last year!

Linus Sebastian is a Canadian tech YouTuber. He has a YouTube channel named ‘Linus Tech Tips’. He is also the CEO of Linus media group. He has hosted in more than three YouTube channels.

He was born on August 20, 1986, in Vancouver, Canada. He graduated from Garibaldi Secondary school and enrolled at the University of British Colombia. He worked as a category manager in NCIX. He has a wife named Yvonne Ho and has two daughters and a son.

One of his most popular videos was ‘feature Arctic Hobby Land Rider first looks of a firetruck and excavator’ and had more than 8 million views. He uses the ‘pixel 2 xl’ but he prefers ‘Samsung galaxy s8’.