Lil Durk is a professional American musician. Lil is a rapper, singer, and songwriter known for being the lead member and founder of his own collective. He is married and a father of six kids.

He proposed India in September 2018 after dating for a while. Together, they have a child, Willow Banks.

-After that, he had another child Zayden Banks with an anonymous woman.

-In 2014, he revealed about having another child, Du’mier Banks. His fifth child is Skyler Banks whose mother is not revealed. 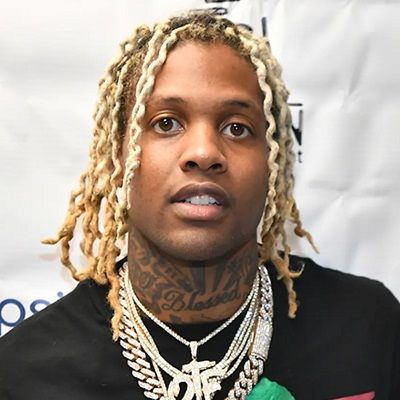 Everybody always going to sound like somebody. You got to separate yourself.

Put your own twist to it. That's how you say relevant. Or things get old and boring.

You got to want to evolve. It's something you can practice on but it just came to me. I wasn't really sitting there like, 'What can I do to get better?' It just came to me, talking to my people and my crew. They just tell me what my strongest and weakest points are at.

Who is Lil Durk?

Lil Durk is a professional American musician. Lil is a rapper, singer, and songwriter known for being the lead member and founder of his own collective.

He has gained 1.87m subscribers on his YouTube channel, Lil Durk.

Durk Derrick Banks was born on 19th October 1992 in Chicago, Illinois, United States. He is the son of Dontay Banks, Sr. and Mrs. Banks.

In 1994, his father was sentenced to life imprisonment. Lil Durk also has a brother, Dontay Banks Jr.

He attended Paul Robeson High School in Chicago but dropped out in his senior year and participated in gang wars as one of them. This was in Chicago.

In the year 2011, he signed with Chicago rapper Chief Keef and French Montana’s label but both the deals fell through.

Lil Durk released two singles that were a success, so he released a mixtape in 2012, Life Ain’t No Joke.

After that, he released his single L’s Anthem which he re-released with French Montana on the remix in 2013.

It became very popular which resulted in his collective, Only the Family, and signed a joint venture deal with Def Jam Recordings.

Similarly, in June 2015, he released his debut album Remember My Name which peaked number 14 on U.S. Billboard 200 chart.

His other mixtape is Signed to the Streets in 2018 after signing up with Alamo Records.

-In the year 2011, he was arrested on a weapon charge. He was sentenced to jail for three months but was later released on bond.

-Again on 5th June 2013, he was arrested after allegedly throwing a loaded .40 caliber handgun into his car.

-On 19th August 2016, he was cleared of disregarding probation after being arrested on felony gun charges.

Lil has dark hair and brown eyes. He is 5 feet 9 inches tall and weighs around 72 kg.