Lil Huddy is presently single. He hasn’t introduced anyone as his girlfriend or lover in the media.

Earlier, he had dated a fellow member of The Hype House Charli D’Amelio from 2019 to 2020. However, they were again rumored to be dating as they were seen sporting matching costumes during Halloween in October 2021.

Nevertheless, the pair hasn’t addressed anything regarding their dating rumors. In early 2019, he started dating fellow TikTok star Cynthia Parker but the pair broke up soon after, in July 2019. 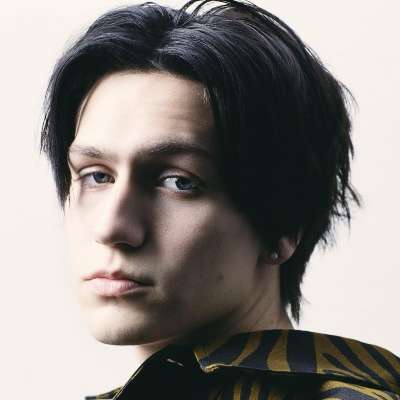 Who is Lil Huddy?

Lil Huddy is a renowned American social media personality, singer, and actor. Lil Huddy is best known for collaborating with TikTok group The Hype House alongside Charli D’Amelio, Addison Rae, and many other popular Tiktok creators.

The TikTok star is the son of Tamora Hudson (mother) and Cole Hudson (father). His parents both are school teachers. He has also two sisters named Karissa Hudson and Marlena Hudson.

Talking about his education, he went to Bear Creek High School. Later on, he joined online courses in order to continue his social media career.

Further, he holds an American nationality and he belongs to Caucasian descent.

In December 2020, LiL was discovered by Interscope Records by Adam Mersel. He made his acting debut in Machine Gun Kelly‘s musical film, Downfalls High which premiered on January 15, 2021. In January 2021, he released his debut single “21st Century Vampire”.

He then released his second single “The Eulogy of You and Me” on February 18, 2021, along with a music video. Similarly, his other credit songs include ‘Don’t Freak Out’, ‘America’s Sweetheart’.

Chase also released his debut LP Teenage Heartbreak in September 2021. Further, he has his own merchandise that he sells online through his website. His collection includes T-shirts, beanies, hoodies, hats, joggers, backpacks, phone cases, and so on.

Lil launched his own limited Burger King meal as a part of their “Keep it Real Meals” campaign in September 2021.

He attended the 2019 Lights Out Summer Tour, a countrywide co-headlining concert tour with popular social media stars such as Payton Morrmeier, Anthony Reeves, Noen Eubanks, Jaden Hossler, Sam Hurley, and so on. As of now, he has more than 32.4m followers on his Tiktok account.

Similarly, he has a YouTube channel with over 2.22m subscribers. On his channel, he uploads audio and music videos, vlogs,  and Q&A videos.

As of now, the internet sensation hasn’t been part of any sorts of rumors and controversy that create a huge buzz in the media.

As of 2022, Lil has accumulated an estimated net worth of around $11 million from his multiple careers as a YouTuber, singer, and actor. In addition, he has endorsed brands such as MunchPak, mnml, Lakenzie, Luke Vicious, Clear Start.

However, his salary and other earning are still under review.

The internet sensation has a slim body physique with towering height. He stands at the height of 6 feet tall and his weight is about 70kg.

Likewise, he has a blue pair of eyes with dark brown hair color. His shoe size is 11 (US).