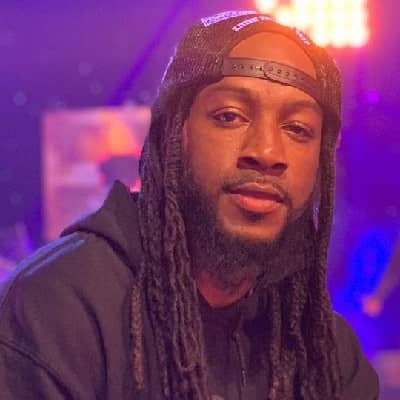 Lil’ JJ is possibly single. He hasn’t introduced anyone as his girlfriend or lover till now. He is more focused on his career rather than being in a romantic relationship.

Lil’ JJ is an American actor, stand-up comedian, and musician. He rose to fame for his role as “Jordan” on the Nickelodeon television series, Just Jordan.

Lil was born on the 31st of October 1990, in Warren, Arkansas, U.S. His birth name is James Charles Lewis, III. He is professionally known as Lil’JJ and Big JJ.

He is the eldest child of his parents. However, his parent’s identity is not available in the media. He was raised with three younger siblings.

Further, he holds an American nationality and he belongs to the African-American ethnicity.

Talking about his academic background, he attended Arkansas Baptist College.

Lil made his first television appearance on Nickelodeon’s 10th season of All That as a cast member in 2005. The same year, he starred in the two films Yours, Mine & Ours where he portrayed the role of “Jimi North” and “Willie” in Bille Woodruff’s comedy film, Beauty Shop.

He then guest-starred on Nickelodeon’s Ned’s Declassified School Survival Gude. JJ also made a cameo appearance in Chris Brown’s music video “Yo (Excuse Me Miss)”, in Sean Kingston’s music video “Beautiful Girls”, Hot Style’s video “Lookin Boy”, Nelly’s music video “Stepped On My J’z, and more. He has given his voice to the character Luke Cage in the animated series, The Super Hero Squad Show.

Some of his notable films and tv series are,

JJ has managed to maintain a clean profile to date. He hasn’t been part of any sorts of rumors and scandals that could hamper his personal and professional life.

As of 2021, Lil’ JJ has accumulated an impressive amount of fortune throughout his multiple profession as a stand-up comedian, musician, actor, and dancer.

He has an estimated net worth of $500 thousand as of now. His salary, yearly income, and real estate are still under review.

Talking about Lil’s physical appearance, he stands at the height of 5 feet 7 inches tall. His weight is about 65 kg. Likewise, he has black pair of eyes and dark brown hair color.

Lil’ JJ has a verified Instagram account under the username @iamjaylewis where he has more than 186k followers. He is also active on Twitter with 19k followers.

Moreover, he has shared his email id [email protected] for any business inquiries.