Lil Mama is a rapper, singer, actress, motivational speaker, and TV personality. She is currently single.

Currently, she is single and is focussing on her career. 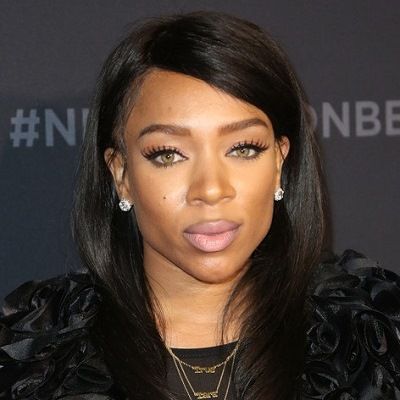 God came to me when I was meditating and told just let it go, it's easier than you think. Don't push it but stay consistent

This year will be like no other. We have to trust ourselves, second-guessing our gut feeling is just as good as not believing in ourselves. We got this y'all, let's go!

I went through a dark time in my career. Nobody in this industry is here to look out for you. I will overcome and become even bigger.

Who is Lil Mama?

Lil Mama is an American rapper, singer, actress, motivational speaker, and television personality. The hip-hop recording artist is also a much-known face on television as she had been part of the judges’ panel for the television series ‘America’s Best Dance Crew’ for the seven seasons.

Lil Mama was born in Brooklyn, New York, the United States on October 4, 1989. Her birth name is Niatia Jessica Kirkland. Her father’s name is Allen Brunner and her mother’s name is Tara Kirkland.

Lil came from a financially underprivileged family and is the eldest daughter in her household.

She used to write poems that reflected the hardships she had to deal with. This formed the foundation for her later career as a rapper. She has a sibling namely, Arnstar.

Talking about her profession, the hip-hop recording artist is also a much-known face on television as she had been part of the judges’ panel for the American competitive dance reality television series ‘America’s Best Dance Crew’ for the seven seasons. Besides that, Lil Mama’s debut album ‘VYP (Voice of the Young People)’ featured on the Billboard 200 chart, peaking at number 25, with several of her hit singles getting thousands of views online.

She has also worked with several popular singers and musicians over the years, including the likes of Chris Brown, T-Pain, Mishon Ratliff, and Avril Lavigne. She has appeared in two biopics, ‘CrazySexyCool: The TLC Story’ and ‘When Love Kills: The Falicia Blakely Story’ as well. Among her several top singles, ‘Shawty Get Loose’ featuring Chris Brown and T-Pain is one of the most successful and popular ones to date.

After signing a contract with Jive Records in late 2006, she appeared alongside Avril Lavigne in her video song titled ‘Girlfriend’. In the year 2008, Lil Mama released her first studio album ‘VYP (Voice of the Young People)’ under the Jive Records label.

Then, after the disbanding of Arista Records, Jive Records, and J Records from the RCA Music Group, it was clarified that in the future all business will be conducted directly by RCA Records for Lil Mama. Likewise, Lil Mama has also appeared on the judges’ panel for the show America’s Best Dance Crew. She played the role of ‘Lisa “Left Eye” Lopes’ in ‘CrazySexyCool: The TLC Story’, a 2013 television biographical film about the R&B and hip-hop musical trio TLC.

In 2015, Lil released her music video ‘Sausage’ which had several themes including the “Sausage” movement on Vine, Caribbean love, and Teenage Mutant Ninja Turtles. The song immediately went viral and reached over three million views in no time. It also topped the Billboard Music + Twitter charts.

As of 2022, she has an estimated net worth of around $6 million and she has earned that sum of money from her professional career.

There was a rumor that she was dating the fellow hip-hop artist, Big Sean. Currently, she is far from rumors and controversies.

Lil Mama has a height of 5 feet 3 inches and she weighs 48Kg. Lil’s hair color is dark brown and her eyes color is light green.