Lil Mosey is an American rapper-singer. He is low-key about his romantic relationship.

Lil Mosey is currently single and not in any relationship.

He is busy at different concerts and more focused on his career. 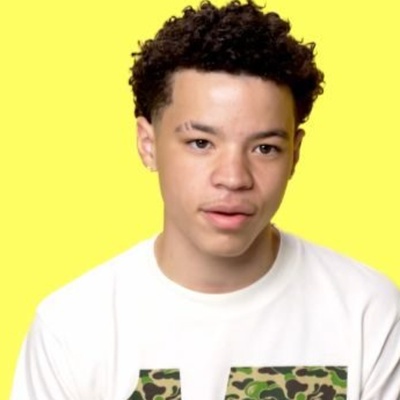 There aren't a lot of people from Washington that go crazy so like just to put on for the whole state feels good. Not just Seattle but all the cities and towns that are near there. It feels good to be the one to do that for them.

Everyone's saying I'm hating on Seattle, but they're taking that out of context. What I really meant to say was I'm the only new wave artist to really break out of Seattle.

The first artists i was ever introduced to was Meek Mill and IAmSu!

Who is Lil Mosey?

He is famous after releasing his single breakout song titled Pull Up and Noticed.

Lil Mosey was born Lathan Moses Stanley Echols, on January 25, 2002, in Mountlake Terrace, Washington, United States. As of 2021, he is 19 years old. His birth sign is Aquarius.

Mosey does not mention any member of his family but he always mentions his mom. At first, His mom did not support him when he wants to rap instead of graduating from School. But later, his mom became very supportive of him.

Mosey Started his journey as a singer from SoundCloud. At first, he uploaded the cover songs of various other hit musicians.

Mosey is a big fan of Meek Mill, who is also a rapper, singer, and songwriter. Now, he has a SoundCloud account with 294 k followers. Altogether 41 tracks were already released.

Mosey first debut from the album titled, Dreams and Nightmares, in 2012.

Later, he released another single song, Off White, on SoundCloud in 2016. It was liked by many of his viewers and encouraged him to release more singles.

His next single, So Bad, did a good job to boost up his career because it received more than 2 million streams. After this success, he moves to Youtube.

Mosey is connected with Interscope Records and Universal Music. He already performed in various music tours like Juice WRLD and YBN Cordae on the WRLD Domination Tour as well as Monster Energy Outbreak.

Mosey has a self-titled Youtube channel with 998 k subscribers. He joined Youtube on March 25, 2014, and has views over millions.

His popular upload Lil Mosey – Noticed (Dir. by @_ColeBennett_) has a view above 150 million.

In 2017, Mosey’s summer mixtape, North Best was released. It has a track like Supreme Hoodies, So bad, and Ion See You.

Mosey’s net worth is approximately $3 million US as of 2022.

Mosey has dark brown eyes and black hair. His height is 5 feet 8 inch and his weight is 60 kg. He has a written tattoo, Loyalty written on his right arm, and Thank God on his chest.

Mosey has  151 k on Twitter. He joined Twitter in March 2016 and tweeted more than one hundred tweets.