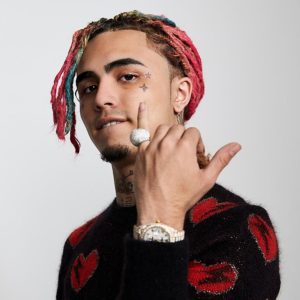 The prominent rapper Lil Pump has kept his personal life as a secret and as well as away from social media. He may have dated with many girls but hasn’t publicized any information about it as he only wants to focus on his career rather than giving time to his personal affairs.

Who is Lil Pump?

Lil pump is a rapper, producer as well as a songwriter. His real name is Gazzy Garcia and belongs to an American community.

He is famous for his song “Gucci Gang” which peaked at number three on the US Billboard Hot 100.  In 2017, he had released his debut studio album, Lil Pump.

Lil Pump was born on 17th August  2000 in Miami, Florida. His father belonged to Cuban and mother was from Mexican.

When she had turned into a teenager, she was expelled from multiple district schools and thereafter enrolled in an opportunity high school but was expelled in the tenth grade for fighting and inciting a riot.

Besides this, he hasn’t mentioned any kind information regarding his education, childhood as well as his family.

Moving towards his professional life, he had started his career since 2016. This year he had produced an independently released music streaming website SoundCloud, as his debut single, “Lil Pump.

Then he had followed the song with singles “Elementary”, “Ignorant”, “Gang Shit”, and “Drum$tick”. Through this, he had earned over 3 million.

He had released “D Rose” and “Boss”, which were major hits on SoundCloud and had earned over 70 million streams. The whole year he had a contract with Warner Bro and released his debut commercial studio album, Lil Pump.

The next year, he had re-signed another contract with Warner Bros. for $8 million.

Despite working hard in all of his professional life, he hasn’t earned any kind of awards.

While moving towards his rumors and controversy. He hasn’t faced any kind of rumors or controversy from the recent time.

He also hasn’t mentioned any information about his body measurement on social sites. Besides this, he has just mentioned his height which is 171 cm and weight is 82kg. He has brown, yellow, pink dreads and brown eyes.

Also know more about the early life, career, net worth, relationships, and controversies of other rappers, producer-songwriter like Daddy Yankee, GZA, A1 Bentley, Vico C, and Ivy Queen.

The terrifying snake incident! The ‘Gucci Gang’ rapper, Lil Pump is bitten by a snake!

Most of the songs of his best friend, Lil Pump was composed by himself, claimed the famous American rapper, Smokepurpp!