Rapper-artist Lil Reese is a father of one.

Lil Reese is currently dating a girl named Kimani. Kimani shared their love story in one of her YouTube videos.

She revealed that Reese used to stalk her on Twitter and met for the first time on 63rd St, Chicago. Reese has also a daughter named Aubri Taylor, born on June 14, 2014, from his previous relationship.

As per other sources, his baby mother’s name is Tiairah Marie. 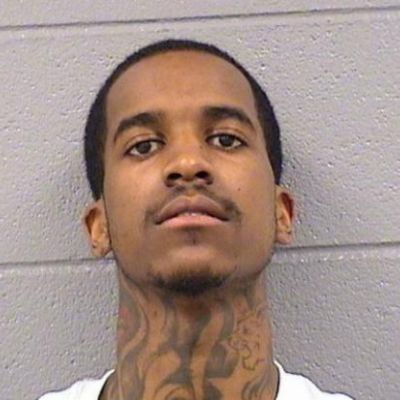 Who is Lil Reese?

Lil Reese is a well-renowned rapper and singer from the United States. He is best known for featuring in Chief Keef‘s single “I Don’t Like” which peaked at number 73 on Billboard Hot 100.

Lil was born on January 6, 1993, in Chicago, Illinois, U.S. His birth name is Tavares Lamont Taylor.

Reese is a very secretive person when it comes to his personal life. He hasn’t yet disclosed his parent’s and siblings’ details in the media.

At an early age, he dropped out of high school to follow his passion and pursue a career as an artist.

Further, he is of American nationality and belongs to All-American descent.

Lil got international recognition when he was featured on Chief Keef’s song, I Don’t Like. He also received popularity through his music videos such as “Us”, “Beef”, and more. Reese is presently signed to hip hop label Def Jam. He collaborated with Rick Ross and Drake to release a remix for his song, “Us” in November 2012.

He has featured on Juelz Santana‘s song titled Bodies. Reese released another remix to his song “Traffic” in January 2013 featuring Young Jeezy and Twista. On September 2, 2013, he released his 2nd mixtape, Supa Savage which consists of songs like Supa Savage, What It Look Like, I Need That, We Won’t Stop, and No Lackin, Money Stackin.

In May 2010, Lil asserted guilty to burglary charges and was under probation for two years. On July 13, 2013, he was arrested by Chicago police for marijuana possession.

Similarly, he has been arrested several times in Chicago under different charges including motor vehicle theft and beating up his girlfriend. During the COVID-19 pandemic, Reese posted a controversial tweet, “Chinese people nasty asl man got the whole [world] fuck up”. As a result, his Twitter account was suspended.

Recently, Lil was injured in a shootout at a parking garage in Chicago and was taken to Northwestern Memorial Hospital on May 15, 2021.

Earlier, he has been survived the shooting when a car driver shot him in the neck and was critically wounded on November 11, 2019.

Lil has amassed an impressive amount of fortune from his profession as a rapper. As of 2021, he has an estimated net worth of around $1 million. His salary and other earning are still under review.

The rapper has a thin physique with a towering height. He stands at the height of 5 feet 9 inches tall and his weight is about 65 kg.

Likewise, he has a dark brown pair of eyes and as well dark brown hair color. He has several tattoos all over his body.

He is also active on Tiktok with over 197.3k followers. Further, he has a self-titled YouTube channel with nearly 160k subscribers.