Lil Tay is still young and she is mainly focused on earning money. She is not interested in relationships and has not dated anyone till now. 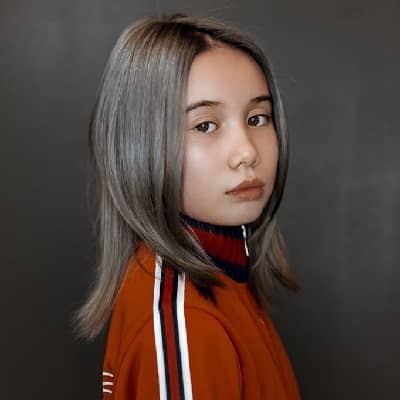 Who is Lil Tay?

Lil Tay is an American young rapper and social media star. She became hyped at just the age of 9 years as she was roasted by many for her inappropriate behavior and rude nature. In addition, she holds the title of ‘Youngest Flexer of the Century.’

Likewise, she is too secretive about her family and personal details. She has never mentioned the whereabouts of her parents; however, her mother is a suburban realtor from Vancouver, Canada called Angela Tian who is believed to be her manager. Similarly, her biological father, Christopher John Hope was abusive to her as he often slept with different women with Tay in the same bed and was naked around Tay. Moreover, he used to provide her with horrible food substances.

She also has a brother named Jason Tian and a stepbrother from her father’s side named Brox Hope. Lil often recalls her past using the F and N-words repeatedly.

She belongs to American nationality and Filipino ethnicity. Furthermore, she left school to pursue a career as a rapper.

Lil Tay started her professional career in the year 2015. She started rapping in her childhood. Likewise, she debuted her first single, a solo effort, in early 2018.

She also collaborated with Chef Keef for his song ‘Gang Gang.. be ready.’ Tay brought out a ‘Diss Track’ along with Jake Paul and also composed a rap ‘Money Way.’ She has released a lot of songs and has a lot of subscribers on her youtube channel. Tay is mostly popular for her inappropriate behavior and rude nature.

To date, she has not won any awards. However, she holds the title of ‘Youngest Flexer of the Century.’ She was also mentioned in Eminem‘s song, Killshot: “Go play, feel like I’m babysitting Lil Tay”.

Talking about her income, she earns a good amount of money for her living. She has an estimated net worth of around $2M. The major source of her income is a successful music career. Currently, she is spending a luxurious life. Lil always tends to flex her richness and her videos take place in empty luxury homes. She wants people to treat her as a millionaire. Moreover, Tay owns a Hollywood Hills Mansion where most of the things are heavily expensive.

Because of her nature, she always drags herself into mini controversies and beef. She once had a beef with a youtube star, Rice Gum as she insulted his sister. Likewise, her abuse clash with ‘Cash Me Outside’ made a headline and she has made a large list of haters on social media. Moreover, she once insulted the eighteen-year-old rapper, Danielle Bregoli via Instagram.

Tay is cute and adorable but has a rude nature. She has a height of 4 feet 9 inches tall and weighs approximately 40 kg. However, her body shape may vary s she is still in her teens. Similarly, he has naturally black hair but dyes in blonde or grey and charming dark brown eyes. Likewise, Lil has a slim body measuring 27-24-22 boy stats. She fits a 4(US) shoe size.

She is quite active on Social media sites. She had an Instagram account with millions of followers which was banned for excessive use of inappropriate language. Currently, she has opened another Instagram account which already has 1.9m followers. Her Twitter was also disabled due to the same reason. She also has a Youtube channel with over 221k subscribers.