Mostly known by the people for his breakout single, 'Ransom' which gained a massive hit. 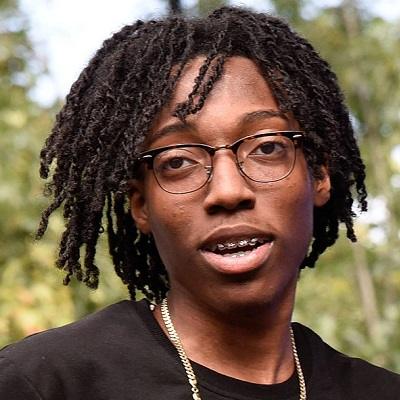 He says that he has a strong relationship with people online rather than in-person. However, when Lil Tecca’s life changed in 2019 through his career, the people around him changed, keeping an organic relationship with his associates.

Who is Lil Tecca?

Lil Tecca is a talented American rapper, singer as well as a songwriter. He is mostly known by the people for his breakout single, ‘Ransom’ which gained a massive hit. Currently, he has released a song called Shots which already has 2.1 million views in just two days.

Tecca was born on August 26, 2002, in the Queens area of New York City to Jamaican parents. His real name is Tyler – Justin Anthony Sharpe. He grew up in the Springfield Gardens neighborhood of Queens where he enjoyed playing basketball. He has a brother.

Tecca was relocated to the Lawrence area of Long Island where he attended Lawrence High School. He started his attention in music since grade 7.

Currently, he is in high school.

Tecca gained an interest in music at a very young age of 9. He would rap with his friends over his mic on Xbox. He was encouraged by his parents to rap. He got his stage name from an acquaintance on Instagram who called him ‘Lil Tecca’, and her name was already Tecca on Instagram.

Tecca released his first song, ‘Tectri’ in early 2017 featuring his friend Lil Gummybear. This song got him a little fame. He then made other songs like, ‘Callin’, ‘My Time’, and ‘Rags to Riches’.

The following year, in 2019, Tecca released his first single, ‘Ransom’, which peaked at the fourth spot on the Billboard Hot 100 chart and also gained over 300 million plays on Spotify and over 100 million views on Youtube.

This song earned Tecca massive fame and his career began to flourish and on August 30, 2019, he released his debut mixtape, ‘We Love You Tecca’ which also peaked at the fourth spot on the US Billboard 200.

Tecca has released more songs like, ‘Shots’,  ‘Bossanova’, ‘Somebody’, in which each of these songs has already crossed over a million views on Youtube.

Tecca’s net worth is estimated to be $1.5 million. Most of his sources of income are from his career as a rapper. The Rapper in the US makes $60,782.

There was a rumor that Lil Tecca was shot dead at JFK Airport in 2018. But the rapper responded on the fake report via twitter. There is no major controversy until now in his life.

Tecca’s height is 69 inches and his weight is 71 kg having a dread hairstyle and brown eyes.