Lil Uzi is an American hip hop rapper, recording artist, and songwriter. He is better known by his stage name Lil Uzi Vert. He is best known for his mixtape Luv Is Rage, which was released on October 30, 2015. He is unmarried.

Lil Uzi is an unmarried man till now. He was in a long-term relationship with his beloved girlfriend Brittany Byrd. The couple dated each other for several years until 2016.

Since then, he has not been in any relationship till now. According to the records, he is possibly single at the present time. 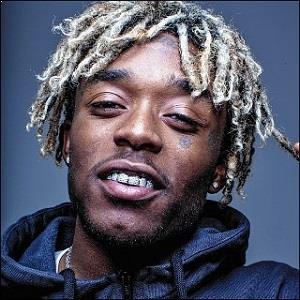 If you're you, it doesn't matter if you're the most boring person in the world: someone will like you. You're not trying to be anyone else.

I'm just doing me, and to me, that's what got me this far.

I just go out, and everything is in the moment. I just stop thinking and start moving - you just gotta be you.

Who is Lil Uzi?

Lil Uzi is an American hip hop rapper, recording artist, and songwriter. He is better known by his stage name Lil Uzi Vert. He is best known for his mixtape Luv Is Rage, which was released on October 30, 2015. He is also popular for his debut single, “Money Longer“. His influences are ASAP Rocky, Marilyn Manson, Wiz Khalifa, Lil Wayne, and several other rappers.

Lil Uzi was born as Symere Woods on July 31, 1994, in  Philadelphia, Pennsylvania, United States. He is an American by nationality and is of African-American ethnicity.

His birth name is Symere Woods. He grew up in North Philadelphia. There is no information about his parents or siblings.

He has not revealed any information about his early life and educational background.

Lil Uzi has been an active member of the industry since 2013. His rapping skills were noticed by Don Cannon, who heard one of Uzi’s songs being played on the radio by DJ Diamond Kuts. He later signed a record deal with DJ Drama, Don Cannon, and Leighton Morrison’s record label Generation Now and Atlantic Records.

He gained recognition after releasing his debut single, “Money Longer“. He also gained attention after being featured on Carnage’s single “WDYW” with ASAP Ferg and Rich The Kid in 2015. After that, he released his third mixtape Luv is Rage on December 18, 2015. He released his fourth mixtape Lil Uzi Vert vs. the World in April 2016.

Uzi was named as one of the ten 2016 XXL Freshmen on June 13, 2016. He released his fifth mixtape The Perfect Luv Tape on his 22nd birthday on July 31, 2016. Uzi collaborated with the rap group Migos in October 2016 on the single “Bad and Boujee“. He is currently working on his album Luv is Rage 2. Despite his young age, he has been a successful rapper in his career

Lil Uzi: Salary and Net Worth

As of 2022, There is no information about his salary and net worth.