Posted by MarriedBiography Posted on November 24, 2020 | In Health , Lifestyle
Share this

Reginae Carter is excited about her new breast implants. With her new look, she is feeling confident than ever. However, she has made it clear that she did not get implants due to insecurity.

The television personality recently opened about her experience and decision about going under the knife. Carter has always been confident with her own body. The enhancements she got on her body is only her choice.

“But my mom was always like, ‘Girl, no, just wait until you have your first child because you don’t know how everything’s going to be.’

However, back in 2018, she once mentioned she was good without implants. With her growing age, she wanted to change her outlook. She laughingly said:

Carter is comfortable in her own skin

The television star clearly mentioned her decision of getting implants never came due to insecurity. She further added she always has confidence. Additionally, Carter said she is very comfortable in her own skin. The enhancements she wants to make on her body is only her decision.

Meanwhile, before getting implants, she has always displayed her confidence. Earlier this year, she confidently posed for  Rihanna‘s Savage x Fenty lingerie. The television personality credits her father for raising her with confidence since her childhood.

She added her father, Lil Wayne, made sure she felt beautiful. Despite the confidence she carries, unsolicited comments about her life and decisions hurt her.

Soon-to-be 22 years old said she is hoping for her upcoming year full of health and hustle.

“My goals are to remain healthy and boss up with more work. I want to act so I’ve been doing auditions here and there. Acting is my dream.”

You may also read- American actress Ashley Tisdale had to get her breast implants removed!

American Reginae Carter is an actress and Instagram star. Carter is renowned as Nicole of the movie, Dear Santa, I Need a Date. The actress first appeared in front of the camera at the age of 11 for the documentary, The Carter. See more bio…

You may also read- Teresa Giudice Opened Up About Her New Surgical Implants! 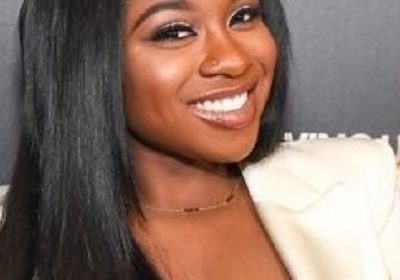