Lil Yachty is a rapper, singer, and songwriter who hails from America. 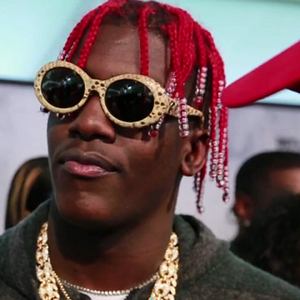 He hasn’t mentioned about his affairs publically and has managed to keep it low profile. There is no any record of his marriage and divorce till now. He is currently focusing on his work and it seems like he doesn’t have time for love affairs. His current relationship status is single.

Who is Lil Yachty?

Lil Yachty is a rapper, singer and songwriter who hails from America. He is mainly popular and famous for his singles “One Night” and “Minnesota” which was from his debut EP Summer Songs. Moreover, he released his debut studio album called Teenage Emotions in 2017.

Talking about the early life he was born on August 23, 1997. He experienced his childhood in Mableton, Georgia, United States. He was born to Shannon McCollum as his father who named him Miles Parks McCollum.

In his childhood, he grew up idolizing popular artists who influenced him a lot to have a career as a rapper from a very early age. Also, from an early age, he developed an interest and enthusiasm in music and rapping.

Regarding his education, he completed his high school from Pebblebrook Highschool. Later on, he joined Alabama State University, he after two months he dropped out to focus on his career.

He started his career in 2015 adopting the name of “Yachty” after moving New York to pursue his career. During his time in New York, he developed a close friendship with online fashion personalities to build a fan following on Instagram. Eventually, he collaborated with Burberry Perry and K$upreme releasing his hit song ‘Minnesota’ after it aired on Drake’s OVO Sound Radio.

Furthermore, his major breakthrough came with his track ‘One Night ‘which went viral overnight shooting him meteorically towards fame. Later on, he released his debut mixtape ‘ Lil Boat’ in March 2016. Also, he worked with D.R.A.M. on the hit song “Broccoli”, which reached number 5 on the Billboard Hot 100 chart in April 2016.

In the same year, he released second mixtape ‘Summer Songs 2’ in July 2016. Recently in March 2017, he appeared in Tee Grizzley’s single “From the D to the A.”

Currently, he is steadily going upwards towards his success as a fluent rapper. He is displaying a lot of potential and improvement in his music with time.

He has received a good salary but the exact figure is unknown. However, he has a net worth of $250,000.

Re guarding his rumors and Controversy, in the year of 2016, he and his colleague, Soulja Boy were in a heated argument over a leaked videotape of his ex-girlfriend, India Love. The argument between was so intense that it ended up with a huge scuffle where he got punched hard by Soulja Boy. As a result, this incident helped him gain more followers in social sites as sympathizers.

He looks handsome with an athletic body structure standing at the height of 5 feet and 10 inches (1.79m). Moreover, he weighs around 73 kg with red-dyed hair color and dark brown eyes.

Rapper Tay-K convicted for his role in a 2016 and 2017 armed robber and killings! The sentence likely next week!