LiLee Nelson is a YouTuber renowned for the YouTube channel, Not Enough Nelsons. She is possibly single.

LiLee Nelson’s current relationship status is single. As of her Q&A section, she has not been in any previous relationship. As of now, she is focused on her career and academics.

In the same Q&A section, she and her mother revealed a girlfriend and boyfriend rule in the home. As per that, they are not allowed to date until they turn sixteen. Also, the children of the house will be rewarded with $500 if they don’t have their first kiss until they became sixteen. 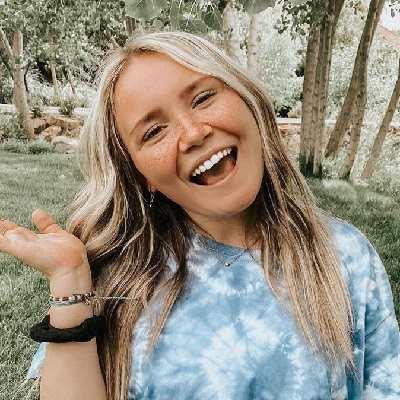 Who is LiLee Nelson?

LiLee Nelson is a YouTuber renowned for the YouTube channel, Not Enough Nelsons.

She is a member of the Nelson family that has 17 members with 15 children.

LiLee Nelson was born as Lilly Anne on the 13th of March 2006 in the United States. She is of caucasian ethnicity.

Her foster mother, Tiffany, and father, Benji adopted her when she was 3 and a half years old. She has five biological siblings including three sisters SaiDee, DelayNee, and ElleCee, and two brothers, Luke and Beckham.

After being welcomed in the family, she has shared the siblings bond with Kenn, Kass, Bridger, JourNee, Trey, Janie, DeLayNee, PresLee, and PaisLee.

She has a faint memory of her biological parents. Sadly, most of them are not nice to her. She mostly recalls them quarreling with each other a lot. Also, they used to do drugs as a way to skip from the bad things that took place in their lives.

Talking about her academics, currently, she is studying in grade seven.

LiLee Nelson started her career as a YouTuber with the family YouTube channel, Not Enough Nelsons that was created on the 12th of December 2018. The channel is on the life of her family that includes 15 children and two parents.

Most of the contents of the channel are related to the challenge videos, Dancing, Skits, and many more. In the channel, she rose as a very strong and charming personality along with her siblings.

As of now, she is exploring the social platform, TikTok. With her TikTok videos, she is accumulating huge fans and followers. As of now, her TikTok account has an engagement rate of 19.59%.

Till the date, she has not revealed any details about her net worth and salary.

Through the YouTube channel, Not Enough Nelsons have estimated earnings in the range of $22.5k to $360.5k which is the primary source of her income.

As of now, she has managed to maintain a clear image as a YouTuber. Till the date, she has not been through any kind of controversy and scandals that created a buzz in the media. Similarly, there are no rumors related to her.

LiLee Nelson has brown eyes with blonde hair. She stands at a decent height and average weight. However, she has not disclosed any details regarding her height, weight, and body measurements.

She is active on the TikTok with the handle, lilee_nelson with over 94.9k followers. In the account, she has around 771.2k likes.

You may also read the bio of Jackson Mecham, Casey Aonso, and Chris Gone Crazy.