Lili Reinhart is a Riverdale actress. She is also a singer. Lili is bisexual and single at present. 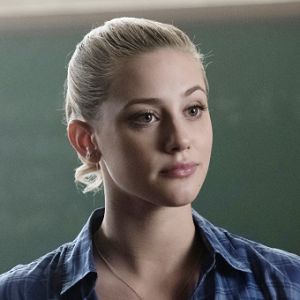 I didn’t want to put my ex [Sprouse] in a position, it seems like it would have been a little strange to come out when I was in a hetero relationship. It just seemed, I don’t know, maybe a little bit like I was looking for something else while I was in the relationship.

The best stuff happens when you take a chance. When you risk something and do the thing that the other people are taking a chance on, on a network kind of level, they will be rewarded. You know, risk-reward

A relationship is a very intimate thing, and I want it to be between me and him, not me, him, and the world.

Previously, she was in a relationship with the actor, Cole Sprouse. But they ended their two years relationship in early 2019. They were last spotted together at Comic-Con in San Diego.

After breaking up with Cole, she revealed about her sexual orientation as bisexual.

Who is Lili Reinhart?

Cleveland-born Lili Reinhart is an American national. The beautiful and talented Lili is a TV and a film actress. Multi-talented Lili is also a singer. Some of her films are “the Good Neighbors”, “Miss Stevens”, and “The King of Summer”.

Presently, she is famous for starring in the American teenage drama series, “Riverdale”. She plays the role of Betty Cooper in the series. Additionally, she is also known for her portrayal of the character, Heather Blumeyer in the TV series, “Surviving Jack”.

Lili was born in the city of Cleveland in the state of Ohio in the United States. She was born on September 13, 1996. Her nationality is American and ethnicity is mixed(German, French).

Acting always intrigued her since her early childhood. She had an interest in playing characters since her early life. Subsequently, she participated in several plays in the community theaters since the age of 12.

Talking about her education, she has graduated from high school. After that, she did not attend any college and did not continue with her further studies.

Lili started getting involved in the professional acting industry since 2008. But her first on-screen project came out in 2010. In 2010, she made her debut in the film industry. She portrayed the character of ‘Rachel’ in the short film, “For Today”.

The next year, she featured in multiple films and TV series. She appeared in films like “The Most Girl Part of You”, and “Lilith” in 2011. Similarly, she made her debut on TV through a TV series named “Law & Order: Special Victims Unit”. She appeared in that series in a single episode portraying the character of Courtney Lane.

Afterward, she went on doing several films and TV series. She only got minor roles in those projects. She was working hard for her major role. Eventually, in 2017, she played the role of Betty Cooper in the Teenage drama series, “Riverdale”.  Additionally, some of her other on-screen projects are “Surviving Jack”, “Forever’s End”, “The Good Neighbors”, and so on.

She is paid a pretty good amount of salary for her work. As of now, she must have accumulated a hefty amount of net worth of $2 million. From her series Riverdale, she makes $300k as salary.

Lili has been part of public criticism. She rumored to be his co-star Cole Sprouse’s girlfriend. The couple has not officially stated anything about their relationship but it is assumed that they are dating from a year.

Lili Reinhart has a perfect gorgeous body. Her height is 5 feet 6 inches. Similarly, she weighs around 55 kg or 121 pounds.