Known for her role in the horror and mystery movie It Follows. 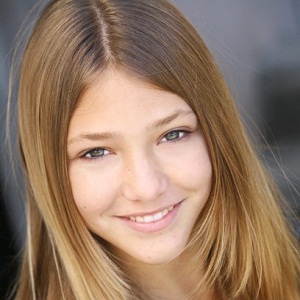 Who is Lili Sepe?

Lili Sepe is an American actress. She is known for her role in the horror and mystery movie It Follows.

She was born on Jan 13, 1997, in Torrance, California, the United States. Her mother was born and raised in Hungary and her father is a third-generation Italian.

So, she is of Hungarian and Italian descent.

There is no information known about her educational background.

When Lili Sepe was 10, she has been active as an actress. She made her on-screen debut in 2002 portraying the younger version of Hilary Duff’s character in Disney’s Lizzie McGuire.

She made her acting debut by featuring her part in the short motion picture Izzy and the Angel.

Most notable for her representation of Kelly Height in the 2014 thriller It Follows. Likewise, she found in the 2010 drama Spork. In this, she depicts the character of Jay.

Her latest acting project was The Intruder (2019) and she has played the role of Cassidy Peck Thompson.

The estimated net worth of this child actress is around $500 thousand. Her featured movie It Follow (2014) was made with a budget of $2 million but it has earned around $23.3 million.

Lili is far away from any media interaction or news headlines as she likes to keep her life private. However, there are no rumors that related to her personal and professional life.

Lili Sepe has an average height of 5 feet 3 inches and weighs 52 kg. However, other body measurements are not available.

Her hair color is brown and her eyes are hazel color.