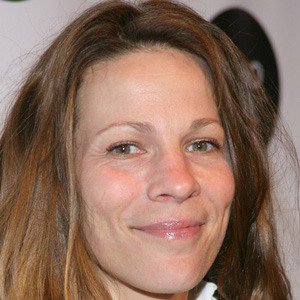 You can rest a lot in an hour or have a whole day and not do it properly. One way I get a quality recharge is to connect with nature. To experience something that's bigger than me.’

It's tricky to say 'never,' but I will never have plastic surgery.

I love Central Park. I spend a lot of time in there. I try and get in there whenever I can.

What is the relationship of Lili Taylor?

Lili Taylor is a married woman. She has been married to Nick Flynn since November 25, 2009. Nick is an actor as well as writer. The couple has welcomed a daughter named Maeve Taylor-Flynn in 2008. They all are sharing quality time with each other.

Previously, she dated Michale Rapaport from 1996 to 1997 and ended splitting up after problems arose between them.

Who is Lili Taylor?

Lili Taylor is an American actress who is popular for her appearances in award-winning indie films as ‘Mystic Pizza’, ‘Dogfight’ in 1991, ‘I Shot Andy Warhol’ in 1996.

She was born on February 20, 1967, in Glencoe, Illinois, USA. Her birth name is Lili Anne Taylor and she is currently 55 years old.

Her father’s name is George Park Taylor and her mother’s name is Marie Taylor. Lili’s parents are artists and hardware store operators. She grew up in a warm family environment in a north suburb of Chicago. Lili has described herself as being ‘a bit of a searcher’ during her childhood. She is the fifth of six children.

Lili holds American citizenship and her ethnicity is a mix of Scottish, English, and French.

Talking about education, she attended New Trier High School in Winnetka, Illinois, USA, and graduated from there in 1985. Later, she attended The Theater School at DePaul University and the Piven Theater Workshop.

Likewise, she appeared in the X-Files episode ‘Mind’s Eye’ in 1998, and appeared in the film ‘Pecker’ in the same year alongside Christina Ricci, Edward Furlong, and Mary Kay Place.

Lili Taylor has made her New York City stage debut in early 2004 in Wallace Shawn’s ‘Aunt Dan and Lemon’ in the role of Lemon. She starred in the comedy-drama series ‘State of Mind’ in which she appeared as a New Haven therapist dealing with a divorce and a parade of quirky clients.

Her other notable appearances in films and television include ‘’Starting Out in the Evening’, ‘Public Enemies’, ‘The Library’, ‘Maze Runner: The Scorch Trials’ and many more.

There was a rumor that she dated Matthew Broderick but they never confirmed the rumors. In addition, there were also rumors that she dated John Cusack on 1988 and Eric Stoltz in 1990, but the rumors also never got confirmed.