Liliana Mumy is an American former child actress and ongoing voice actress. Liliana Mumy is currently in a relationship. She has been dating Andrew B.

Liliana Mumy is currently in a relationship. She has been dating Andrew B. since 2015 and he is a hockey player. The couple often shared snaps of their romantic dates, vacations, and often spends quality time with each other.

She celebrated her boyfriend’s 23rd birthday together and they also spotted together in 2017 Grammy awards night. She is a very supportive girlfriend and she attends her boyfriend’s matches to support him. 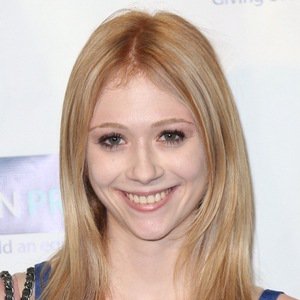 Who is Liliana Mumy?

Liliana Mumy is an American former child actress and ongoing voice actress who is known for her role as Jessica Baker in the two ‘Cheaper by the Dozen’ movies, and as Lucy Miller in two films of ‘The Santa Clause’.

She is also known for the voice of Mertle Edmonds in the ‘Lilo & Stitch’ franchise.

She was born on April 16, 1994, in San Marcos, California, USA. Her birth name is Liliana Berry Davis Mumy and she is currently 26 years old. Liliana’s father’s name is Bill Mumy and her mother’s name is Eileen Joy(née Davis).

Liliana is a huge fan of the Los Angeles Lakers and the Pittsburgh Penguins. She has a dog person who has a pet named Henry waffle. And her dog’s names are Hurley, Bucky, and Minnie.

She loved reading, skateboarding, and enjoys softball. Also, she plays the violin and has taken piano lessons and learned a few guitar chords.

She gave her voice for the role of Holly Robinson in the film ‘Batman: Year One’ in 2011. She has been giving the voice of Beth Tezuka in ‘Bravest Warriors’ since 2012, Ayla in ‘Shimmer and Shine’ since 2016, Leni Loud in ‘The Loud House’ since 2016, and many more.

There was a rumor that she dated former child actor Nicky Jones since February 2008. They worked together in the 2007 movie ‘Chowder’ but no confirmation has been obtained regarding the rumor.

To know more about Jett Kenny, Karina Lombard, and Sabrina Lloyd, please click on the link.