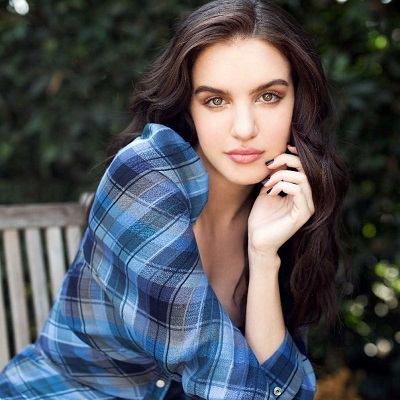 Currently, Lilimar Hernandez is single. She is more focused on her career as a model and actress.

Who is Lilimar Hernandez?

Lilimar Hernandez is an American actress, model, and voice actress.

She is well known for her work in the Nickelodeon TV series, Bella and the Bulldogs as Sophie and Knight Squad as the Sega.

Her mother, Mayte Ruiz Hernandez and her grandmother always support her.

From her young age, she was creative and interested in modeling. At the age of four, she won the Queen of the Carnival beauty pageant held in Venezuela.

In 2006, she moved to Miami, Florida with her parents. Where she joined the John Casablancas Modeling & Career Center, for her modeling career.

She also studied and complete her acting and media training courses. She appeared in many national and international commercials, TV Pilots, various music videos as a model and host.

Lilimar made her TV debut from Sabado Gigante in 2006. later, she appeared in Rosario and Smart Alec.

However, her first huge breakthrough was from the TV series, Bella and the Bulldogs. She played the role of Sophie in this series.

She also gave her voice in the film The Little Ghost as well as she appeared in the films like Pedro Pan and Last Children.

In 2019, Lilimar appeared as a voice of Cleopatra, main animated character, in the animation, Action, TV series, Cleopatra in Space.

In 2018, Hernandez played an adventure, comedy, family, TV Series, Knight Squad. She cast as Sega, one of the main roles of this series, alongside Daniella Perkins, Kelly Perine, Lexi DiBenedetto, and Owen Joyner.

It created by Sean William Cunningham and Marc Dworkin. As of February 19, 2018, Knight Squad was aired on Nickelodeon. Nickelodeon Productions produced this series.

Hernandez’s net worth is approximately $4 million US.

The Nickelodeon actor’s average salary is around $59 k US per year.

Hernandez has Hazel eyes and auburn hair. Her height is 5 feet 7 inches and weight is 45 kg.

Hernandez has an Instagram with 1.1 million followers on it. She posts more than 2.1 k posts on her Instagram wall.