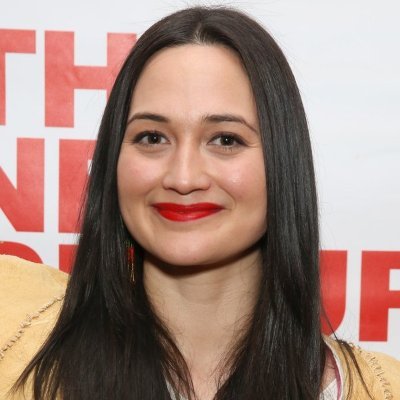 What is the relationship of Lily Gladstone?

The good news for her male fans is that Lily is currently single. She has not revealed her past and present relation yet.

As for now, she is solely focused on her career and keeping her personal life uptight and secret. However, she is very close to her friends.

Who is Lily Gladstone?

Lily Gladstone is an American actress known for his roles in Scalped, Billions, and Room 104. Furthermore, she has also appeared on various television shows and stage works.

She was born and raised in Browning, Montana on the Blackfeet Indian Reservation and later moved near Seattle, WA. Her father is Nez Perce and Blackfeet, and her mother is Dutch and Cajun.

Her mother was a teacher and her father was a boilermaker in a shipyard. Besides this, there is not much information about her parents.

Lily has also not revealed anything about his siblings if any. Gladstone joined a ballet troupe and practiced until age fifteen.

Speaking of her ethnicity, she is of Native American/First Nations heritage, from the Amskapi Pikuni (Blackfeet), Kainaiwa (Blood), and Niimipoo (Nez Perce) nations. Her nationality is American.

In which school did Lily Gladstone attend?

Talking about her education, he studied at the University of Montana and graduated in 2008 with a B.F.A. in Acting/Directing and a minor in Native American Studies.

Lily Gladstone got her first role in the 2012 film Jimmy P: Psychotherapy of a Plains Indian.

Next year, she appeared in the movie, Winter in the Blood as Marlene and became inactive in the movie industry for 3 years and was again seen in the drama film Certain Women in the year 2016.

Furthermore, she has done various TV and films such as Walking Out, Scalped, Room 104, First Cow, Billions, and Tuca & Bertie. In the future, she would appear in the crime drama film, Killers of the Flower Moon as Mollie Burkhart.

During her acting career, she has earned and saved a quite decent amount of money. As of now, her estimated net worth is around $1 million.

Up till now, she has been able to keep her personal and professional profile clean.

How tall is Lily Gladstone?