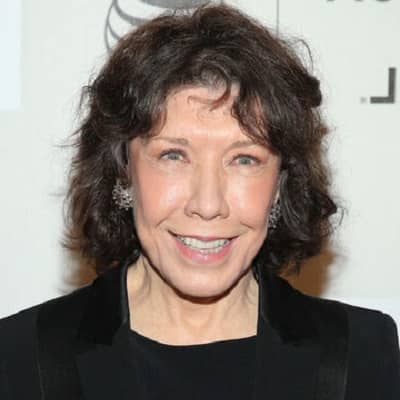 The road to success is always under construction.

The trouble with the rat race is that even if you win, you're still a rat.

I always wanted to be somebody, but now I realize I should have been more specific.

“I like a teacher who gives you something to take home to think about besides homework.”

“For fast-acting relief, try slowing down.”

Lily Tomlin’s current relationship status is married. She has been in a relationship with a writer, director, and producer, Jane Wagner since 1971.

They were introduced to each other by a common friend, actress Betty Beaird, in New York.

And dating for a long period, they tied the knot on December 31, 2013. It was held in a private ceremony in Los Angeles, California. They have been happily together and have also supported each other professionally.

Who is Lily Tomlin?

Lily Tomlin is a legendary actress, comedian, writer, singer, and producer. She is also known for her roles in Grace and Frankie, Rowan & Martin’s, and And the Band Played On.

She was born on September 1, 1939, in Detroit, Michigan, United States. Her birth name is Mary Jean Tomlin.

Likely, her mother’s name is Lillie Mae who was a nurse’s aide. But, she also died on July 12, 2005. She has a younger brother named, Richard Tomlin.

Talking about her nationality its, American and she belongs to English and German ethnicity.

She completed her education from Cass Technical High School. She then attended Wayne State University and took up Biology as her major.

However, after some audition-tryouts, she changed her major to Acting. She further studied acting in HB Studio in Greenwich Village in New York City.

Starting her career, Lily Tomlin debuted into acting in the 1966 movie, The Garry Moore Show in 1966. Then, the actress appears on The Merv Griffin Show. Likely, she was a regular on Music Scene.

In the year 1969, she joined the cast of Laugh-In. It was the base of rising her stardom. Her hilarious character was loved by the audience.

Playing as Edith Ann, a mischievous 6-year-old, and snarky telephone operator Ernestine is one of her most remarkable characters to be noted.

Tomlin appeared on the show Laugh-In until it went off the air in 1973. In 1966, she made her first TV show appearance in the variety show, The Garry Moore Show.

She released her first comedy album, This Is a Recording, with Polydor Records in the year 1971. Talking about the big screen, she made her Broadway debut in Appearing Nitely in 1977.

The show introduced new characters such as Trudy the bag lady, Rick the singles bar cruiser, and Sister Boogie Woman, a 77-year-old blues revivalist. It also aids a lot in gaining her popularity.

In the year 2015, Tomlin alongside Fonda appeared in the series Grace and Frankie. Tomlin then returned to Broadway in 1985. After a year-long run on Broadway, touring the country, the show revived in 2000.

Tomlin has also done voiceover work for several projects. She has given voice for a science teacher Ms. Frizzle on the popular animated TV series The Magic School Bus.

The actress also earned a Daytime Emmy; Tammy in “The Last of the Red Hat Mamas” episode of The Simpsons. Furthermore, she worked for the character of Mommo in the animated feature film The Ant Bully in 2006.

After Laugh-In, Tomlin went on to star in six television comedy specials that she co-wrote with Jane Wagner. Tomlin was looking for a writer that can help her in developing the character of Edith Ann, and she met Wagner in 1971. They felt an immediate connection, both professional and personal, and became a couple.

On May 25, 1999, she was one of the guest speakers for the Exceptional Experiences lecture series. In addition, she spoke at the Centennial Concert Hall, Winnipeg, in Manitoba, Canada. And in 2002, she also became The Women’s Image Network (WIN) Awards Lifetime Achievement Honoree.

Lily received the Kennedy Center Honors along with Al Green, Tom Hanks, Patricia McBride, and Sting in 2014. In 1985 she wins a Tony Award for her performance in the one-woman show The Search for Signs of Intelligent Life in the Universe.

Tomlin has also received various awards for her works. It includes an Emmy nomination for Outstanding Lead Actress in a Comedy Series for her performance. Further, she also received two Golden Globe nominations: one for her role on Grace and the other for the big-screen outing Grandma.

Lily’s net worth is estimated at around $15 million. Her numerous roles in TV series and movies have contributed to this.

Furthermore, the actress also earns from the endorsement work for brands like All detergent, Fidelity Investments, and WebEx.

The actress doesn’t share much regarding her personal life and has maintained a distance from any such incident, Hence, her name doesn’t appear in any kind of rumors and controversies in the media.

The actress mostly has shoulder-length wavy brown colored hair and often dyed into different shades of blonde. With a fair complexion, she has a beautiful pair of blue-colored eyes.

The legendary actor Morgan Freeman receives Lifetime Achievement Awards at the SAG Awards with a respect of standing ovation. Not to mention some problems with the awards that Morgan noticed!