Lin Laishram’s relationship status is possibly single. She has not shared the details of her affair and boyfriend yet. 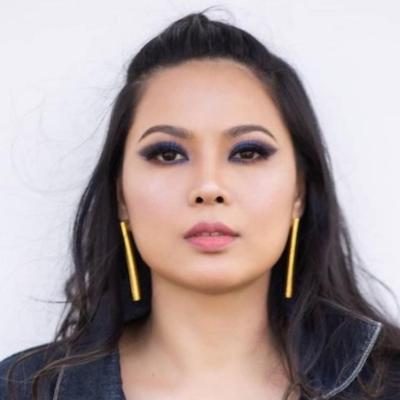 Who is Lin Laishram?

Her birthdate is 19 Dec 1985 and she was born in Imphal, Manipur, India. The name of her mother is Surodhoni Devi and her father is L Chandra Singh.

Lin’s ancestry is Asian and as per her academics, she first attended Little Flower High School. Then she went to Mumbai University to pursue a Master’s degree in Sociology.

Lin Laishram as a model was found by an Elite modeling agency based in Mumbai. She has walked for several national and international fashion events.

Her estimated net worth of around $500k as of 2022. She has not disclosed the details of her salary.

She once endorsed the jewelry brand, Ozoru Jewelry and has her own jewelry line called Shampoo Sana.

This Mary Kom star is keeping herself away from rumors and desperate scandals. But she has to face backlash for wearing a swimsuit on national TV.

Also, recently in July 2021, she made headlines after saying instead of Priyanka Chopra Jones, it would have been better to cast other North-East actors as a lead in Mary Kom.

Regarding Lin Laishram’s body features, her height is 5 ft 6 inches and her body weight is 59 kg. Moreover, her eyes are black with long hair in black color.