Actor Lin Manuel Miranda is married and a father of two.

Lin Manuel Miranda is a married man. He exchanged his vows with his high school girlfriend Venessa Nadal in 2010, in Staatsburg, New York. A chorus of Broadway singers sang during their wedding ceremony.

The reception was full of amazing surprises including a performance of “To Life” from Fiddler on the Roof with the entire bridal party and their families. 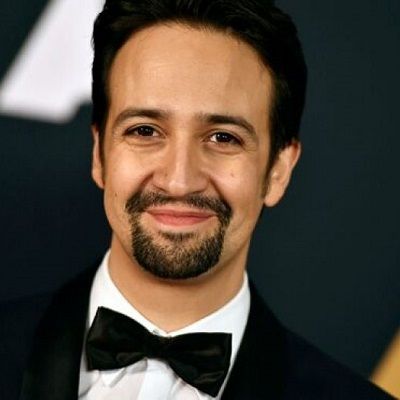 'Look around, look around at how lucky we are to be alive right now.

Who is Lin Manuel Miranda?

Lin Manuel Miranda is an American composer, lyricist, actor, singer, rapper, producer, and playwright. He is best known for creating and starring in the Broadway musicals In the Heights.

This actor was born on January 16, 1980, in Washington Heights, New York, the US. He belongs to Spanish descent.

His father’s name is Luis A. Miranda Jr, a Democratic Party consultant, and his mother’s name is Dr. Luz Towns,  a clinical psychologist.

Lin Manuel Miranda saw his first Broadway musical, Les Misérables, at the age of seven. It made a lasting impression on him. His tastes ran to hip-hop and R&B.  Lin became a proficient rapper. In high school, he won the lead role in Gibert and Sullivan’s The Pirates of Penzance and became a fixture in the school’s drama program. During that time he met  Stephen Sondheim, who later became a mentor to Miranda. He has appeared on ‘The Sopranos‘ in 1999.

In 2002, he graduated from Wesleyan and embarked on an acting career, appearing in films and on television. Manuel also performed with a hip-hop improv group, Freestyle Love Supreme, around New York City and at festivals. With fellow Wesleyan student Thomas Kail, he continued to develop In the Heights.  The musical of Miranda and Kail, blended hip-hop and salsa with a book by Quiara Alegría Hudes.

It opened Off-Broadway in February 2007 and ran until July, with Miranda in the lead role, it won two Drama Desk Awards. In the Heights had its Broadway debut in March 2008 and won four ‘Tony Awards’ including those for best musical and best original score.

The show was nominated for the ‘Pulitzer Prize‘ for drama, and its original cast recording won the 2008 Grammy Award for the best musical show.

The stage musical has been made into a film, named In the Heights, which is going to be released in June 2021. This composer gained wider popularity for writing the script, music, and lyrics for Hamilton, which has been acclaimed as a Pop-Culture happening since its Broadway premiere in 2015. His television work includes recurring roles on ‘The Electric Company’ from 2009 to 2010 and ‘Do No Harm’ in 2013.

In addition to music, he also appeared on TV shows. Miranda performed an emotional rap on the Last Night Tonight with John Oliver on April 24, 2016. The same year, he hosted Saturday Night Live.

Lin and Jeremy McCarter published Hamilton: The Revolution, a book describing Hamilton‘s journey in April 2016. He also appeared in the documentary Hamilton’s America, which premiered in New York in 2016. Earlier, Manuel has also written for the Manhattan Times as a columnist and composed music for commercials.

There are many upcoming projects for this musician.

Among his numerous achievements, Lin has won a Pulitzer Prize, three Tony Awards, three Grammys. Miranda is also a winner of an Emmy Award, two Oliver Awards, and has been nominated for Academy Awards.

This musician was a recipient of a Genius Grant from the MacArthur Fellows Program in 2015. The next year, Time magazine included him in its annual Time 100 as one of the ‘Most Influential People in the World’.

In November 2018, Lin was honored with his star on the Hollywood Walk of Fame. The same year, he received the Kennedy Center Honors for creating Hamilton.

He received an honorary Doctorate of the Arts from the University of Pennsylvania in May 2016.

As the writer of music, lyrics, and book of Hamilton’s America, he makes amount to $105,000 a week from royalties. Meanwhile, according to Forbes, Lin has an estimated net worth of $80 million.

As of now, he has managed to clear his image as an actor. To date, he has not been through any sort of controversy that created a buzz in the media.

Besides that, there are no rumors linked to him.